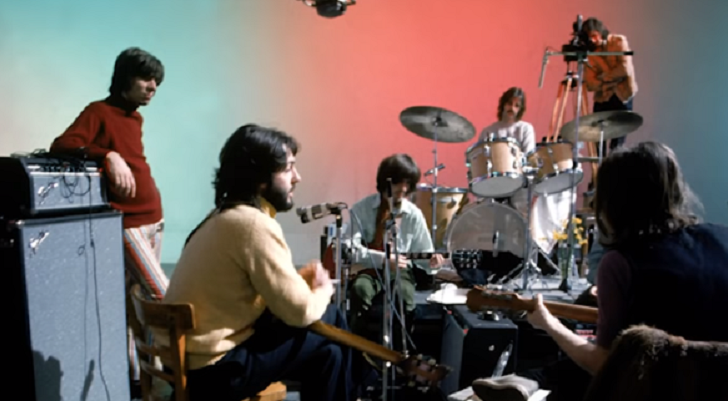 Everyone in the Beatles is talented – yes sir, including Ringo Starr. George Harrison’s songwriting skills weren’t as appreciated as the time he went and pursued a solo career but it’s still pretty clear that he could hold his own alongside Paul McCartney and John Lennon.

Besides, the Fab Four changed the game for rock ‘n roll because they didn’t just go up there and perform songs someone else wrote. They actually took the time to write their own tunes! It wasn’t exactly unheard-of but in a way, they encouraged more singer-songwriters to follow suit.

“Every time I approach a song, there’s no rules. Sometimes the music comes first, sometimes the words – and if you’re lucky, it all comes together.” – Paul McCartney

They drew inspiration from even the smallest experience and then turned them into classics. The songs they wrote transcended generations – even today’s kids know and cover some of their biggest hits!

And so imagine how much of a treat it was when we stumbled upon this video created by YouTube channel SgtPepperChannel. It’s impressive how he spent a lot of time and effort into compiling this – the Fab Four singing songs written by their other members.

Warning: this might make you feel extremely nostalgic. The video creator compared the original version with a version sung by another Beatle and boy, does it sound mesmerizing!

“The great thing with the Beatles’ music — we worked very hard, and it’s still relevant today. Those songs John and Paul wrote, and the music George and I and John and Paul played — that’s what makes me proud. We worked very hard to make those tracks, and every sort of couple of years, a new batch of teenagers get into it. You know what I mean? It’s relevant year after year. It just amazes me.” – Ringo Starr

Check out the video below!