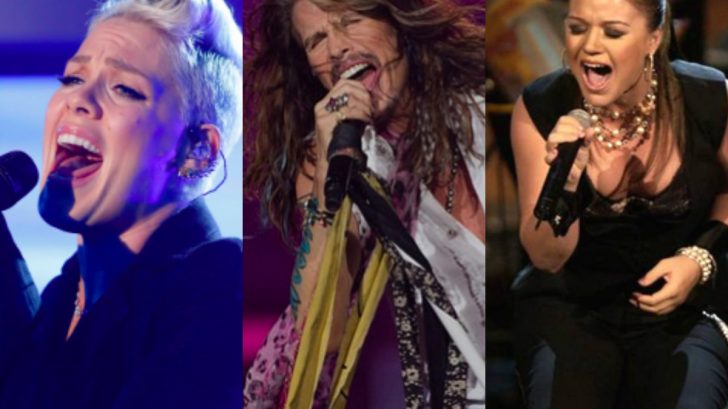 Steven Tyler has killer vocals. That is a fact. Another fact to consider as well is that his killer vocals are not easily imitated nor are his songs easily sung.

It’s quite a challenge to take a classic and iconic Aerosmith song and breathe new life into it. Many who have attempted such a daunting task have failed but luckily there are still some great talents out there who would actually do Aerosmith proud with their own renditions.

The internet is filled with covers upon covers of the most popular Aerosmith songs and we’ve rounded up some of the greatest ones out there.

Blacktop Mojo’s chilling rendition of this Aerosmith anthem has garnered over 4 million views on YouTube. He channels Steven Tyler in his vocal prowess yet still makes it his own. Blacktop Mojo’s cover is arguably one of the best Aerosmith covers on the internet. The heavy rock and roll band  have also taken the stage with artists like Aaron Lewis, Bon Jovi, Puddle of Mud.  This cover of “Dream On” is the most well known from the band.

Scott Bradlee’s Postmodern Jukebox is a collective of musicians known for their vintage renditions of modern songs. They cover mainstream music by turning them into vintage genres such as swing, ragtime, and doo-wop. They take the Aerosmith classic “Dream On” with unbelievable vocals from Morgan James and make it into a classic 1940’s jazz style recording. This unique collective has a large loyal following of more than 850 million views on YouTube.

San Francisco-based indie-pop duo Pomplamoose took a very different and unique spin on Aerosmith’s classic track “I Don’t Wanna Miss A Thing”. It’s polarizing yet chilling to hear but it works well. The musical dup pioneered the split-screen video-editing style that features every instrument used in the recording process simultaneously in the music video.

The first-ever American Idol champion won the competition for a reason: her killer vocals. At the start of her career Clarkson sang her own version of Aerosmith’s “Cryin'” live and she definitely did it justice. The song showcased her incredible vocal range and proved that women can totally crush an Aerosmith classic much the same!

P!nk can be considered one of the greatest pop-rock artists of this generation. She’s definitely rougher and raunchier than her pop-princess contemporaries and she proved the extent of her edgy-ness with her cover of Aerosmith’s “Janey’s Got Gun” WHILE Steven Tyler is watching live from the audience! From the reaction of the audience, looks like P!nk totally nailed this Aerosmith classic!