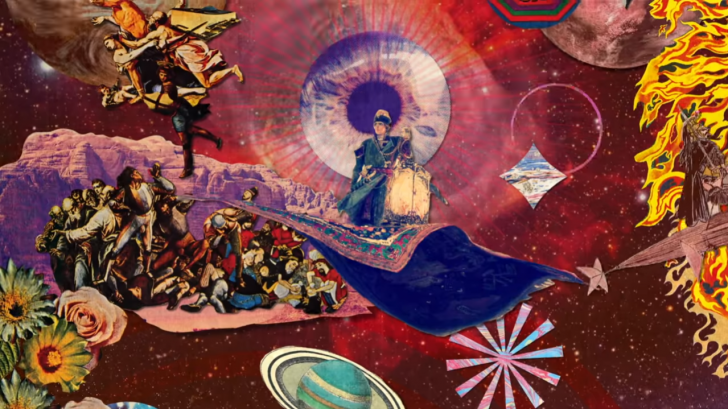 I Bet These Songs Was In Their Playlist During The Moon Mission.

We look back at the “Best Classic Rock Songs About Outer-Space.”

The song that makes you wonder that the stars look different today than on Major Tom’s perspective.

Bowie wrote the song after watching the 1968 Stanley Kubrick movie 2001: A Space Odyssey and this is where he got the title “Space Oddity” from the phrase “Space Odyssey.” It tells a story about Major Tom, an astronaut who floats into the space cutting all the communications with the planet.

2. Across The Universe – The Beatles

The limitless possibilities of the universe are being harmonized by the Beatles!

After his argument with his wife Cynthia, John Lennon wrote “Across The Universe,” to ease his mind, and in 1971, he considered it as one his favorite Beatles songs, saying “It’s one of the best lyrics I’ve written. In fact, it could be the best.” He added: “It’s good poetry, or whatever you call it, without chewin’ it. See, the ones I like are the ones that stand as words, without melody. They don’t have to have any melody, like a poem, you can read them.”

A song that tells a story of loneliness but bringing hope for the people.

It was Bernie Taupin who wrote the song, and his inspiration was the short story The Rocket Man, written by Ray Bradbury. Elton John was criticized after he recorded the song, accused of ripping off Bowie because of its similarity with “Space Oddity.”

The reason why The Stones wrote this one because space exploration was huge at the time, and you can even hear the psychedelic sound to it, something Pink Floyd was making with their music. Mick Jagger wrote the lyrics when he was in jail on drug charges.

Is this the phonebook being sung by Karen Carpenter? She’s definitely conjuring up emotions while inviting the aliens to our planet.

The lyrics of the song was inspired by an actual event – based on The Flying Saucer Reader by Jay David (1967) referred to as the “World Contact Day” by the group known as the “International Flying Saucer Bureau.” Richard Carpenter told the story of the song on their website (www.richardandkarencarpenter.com): “I heard this song on Canadian group Klaatu’s debut album and couldn’t resist recording it. (Lyrics such as these don’t come along every day!) Peter Knight penned the creative orchestration to my arrangement. In addition to the guitar work, (longstanding Carpenters guitarist) Tony Peluso reprises his role as a befuddled D.J. This performance must be fairly convincing for following its release, we received numerous letters wanting to know when in fact, World Contact Day was scheduled.”