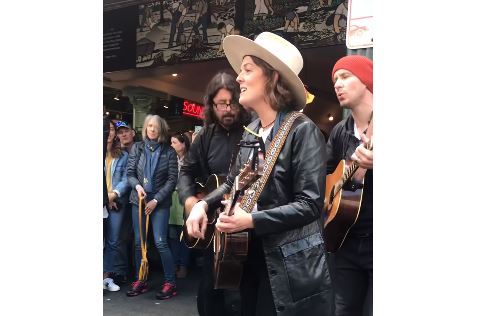 From Rock Star status going country to country stars showing that they have the means to do anything. Five rock stars made the cut, and their music was one of the best country music of the 1980s’.

Elvis Costello And The Attractions – Good Year For The Roses

Costello, punk and new wave star, took another turn with his release of 1981’s Almost Blue album. Good Year For The Roses was recorded by George Jones in 1970 but it gave Costello a top 10 hit in the UK.

“In the long history of Utopia, we’ve poked our noses into every musical nook and cranny we could find, and it looks like there’s the only place left to go: Nashville.”

Copperhead Road was always been referred to as Earle’s first “rock record,” but it’s a legendary country-rock record.

A country rock tune that even non-country fans will surely love.