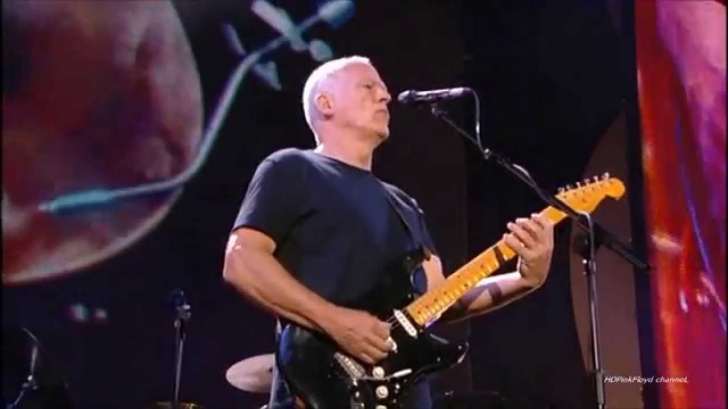 Gilmour’s Guitar Speaks For Itself, It’s So Lyrical!

What makes him so special compared to his contemporaries is that he can remove the pain of your soul in the most valiant way possible.

We look back at the “Best Pink Floyd Songs Written By David Gilmour.”

1. Wish You Were Here

We all need a song such as this one, and David Gilmour knew the pain of losing someone and have written one of the greatest songs ever to ease that pain.

Obviously, it’s a song inspired by their former bandmate and co-founder Syd Barrett. The feelings they had for him reflected on this song and talks about how their friend faded away from the reality that led to his mental breakdown, and still wished he was still there.

Gilmour guitar solo is so magical that he it makes you feel so Comfortably Numb.

Many thought that this song was about drugs, but Roger Waters denied it. The song was about a childhood experience, being sick and all – feeling detached and perceived the reality that he was in. Thought the lyrics were written by Roger’s, it was Gilmour who wrote the music, and at the same time was working on his solo album in 1978.

David Gilmour understands how the world works, and as you get older, the song becomes more relevant.

Time is the most valuable aspect of the world, and if you somehow waste it, you are also wasting away your life. Time, of course, keeps you pressured, but we have to value it, that’s the message that Gilmour’s trying to send to us.

Water has a sheep, Gilmour has dogs, and both works in a different manner.

It talks about businessmen who act like “Dogs” and abuses their power making themselves richer and more powerful by using others, or what we call the “Sheep” (from Waters’ perspective on his song called “Sheep”).

One of the most amazing masterpieces ever written and no form of drugs can be compared to it.

But the story behind this song is a little more daunting but in a beautiful way, of course – it’s an elderly man talking to a baby, asking it to breathe, and then describing the world that one day the baby will face as an adult.