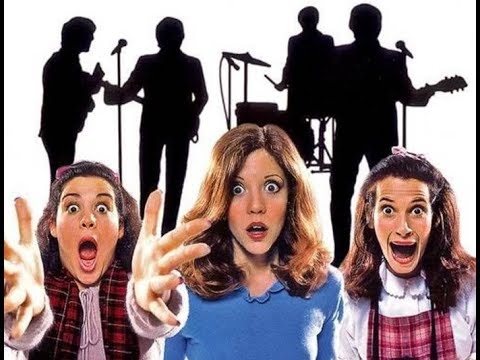 Music moves us. It is a fact that could almost be called a hard fact. For whatever reason, those of us who like rock and metal, in particular, are passionate about it in a very special way. We all know it, we carry our music with us everywhere and we enjoy it even if we are not listening to it: wearing it on our clothes, talking about it, or tasting movies that tell us stories that make us feel identified. And boy, filmmakers have managed to capture that same passion over the years, that is why rock and film have been faithful allies and have evolved over the years; daring each time to explore new territories. The following films show us that music will always run through the veins of those who love it no matter what year they were born. Listed below are the Best Rock N’ Roll Movies From Every Year: 1976 to 1980:

Thomas Jerome Newton is an alien who came to earth looking for water to take home, as his planet is in drought. Here you learn about the customs of humans and explore all that this world has to offer. The science fiction film follows a humanistic line, not to say tragic. By now you may be wondering what it has to do with rock. Well, not only is the movie starring David Bowie, it could very well be the representation of his iconic album, Ziggy Stardust and the Spiders From Mars.

In New York, after working all week in a Brooklyn paint store, Tony Manero (John Travolta) prepares carefully to enjoy Saturday night at the disco: he soaks himself in Brut cologne, puts on a floral shirt fitted, gabardine pants and platform shoes. At the trendy nightclub, Tony will dazzle everyone with what he does best.

Decalogue of Beatlemania, and the first collaboration of the Zemeckis-Gale tandem that drew Back to the Future, this story about the arrival of the four from Liverpool for the first time in the US is the film that does justice to those legions of hysterical and sobbing fans.

Some high school students, very fans of the Ramones, rebel against the rules at their institute. The group itself participates in the rock riot. Directing assistance Joe Dante and starring in P. J. Soles, whose most striking post-audiovisual contribution was appearing in Fantastic Car.

After spending years in jail for armed robbery, Jake Blues is released for good behavior. He leaves prison dressed the same way he entered: a black suit and hat and dark glasses. Dressed identically, his brother Elwood awaits him at the prison gate, who informs him that the Santa Elena orphanage, the only home they ever knew, is in danger of disappearing for financial reasons. Without a moment’s hesitation, the brothers get down to work.