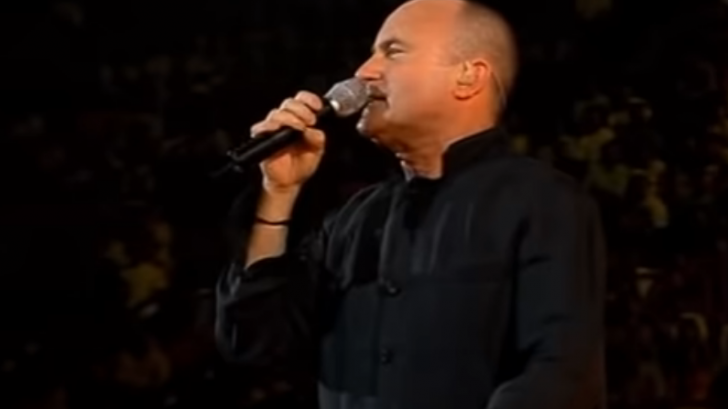 Today we want you to take a look at one of the most peculiar characters in the History of Rock, Phil Collins. Drummer and singer of a great band like Genesis, successful solo singer, drummer of a thousand and one projects, producer, composer of soundtracks for Disney, and even a film actor. We look back at the Biggest Songs From Phil Collins:

His first solo success. His most introspective album after separating from his first wife led him to become the composer of bitterness. We hope to have Phil Collins for many years.

After a first album plagued with quite sad songs due to the divorce with his wife, on the second album, Hello I Must Be Going,  still following the line in some songs, he surprised us with happy songs like this one.

And here we come to a slow track with committed lyrics inspired by the homeless he saw throughout his kilometer-long tours.

Peter Gabriel had recently left Genesis and the band had to regroup to get ahead. After trying several singers, one acquaintance remained: that was Phil Collins who did not clash on the first try. Besides, he knew everything about the group. This single gives its name to the album that put Phil Collins on the pedestal, becoming one of the classic genres.

From the same album ‘A Trick Of The Tail’, where Phil Collins shines with a melodious and majestic voice, an anthem of progressive fusion.

After Steve Hackett resigned from Genesis, only Phil Collins, Mike Rutherford and Tony Banks remained who set themselves a great challenge: to get the band out of that progressive fusion. How they did? With this song from the album ‘And Then There Were Three’, from 1978. The composition was a worldwide hit.

Belonging to the album ‘Duke’, this song condenses the melody with the voice of Phill Collins, especially (fans comment), when he performed it live.

If we owe anything to Genesis, it is the great album ‘Duke’ that entered the 80s with force. Phil Collins shone and many fans consider it to be the best interpretation of his entire career (although we doubt it). Five outstanding minutes with an instrumental beginning with sophisticated chords and an enigmatic voice like that of Phil Collins that became an instant classic.