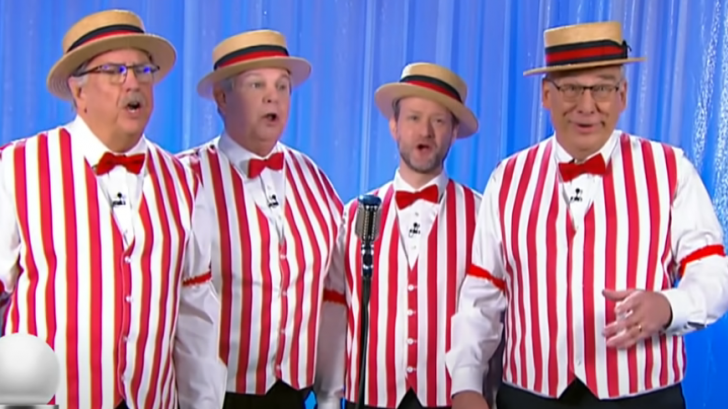 The CORDON BLUES BAND was founded in early 2013 on the occasion of a culinary event. The five musicians got to know each other at a men’s cooking class! As luck would have it, one evening a very well-known and excellent French dish, namely a breaded veal cutlet filled with cheese and ham, was on the menu. So nothing was closer than forming a band with the same name at the end of the course!

Since then, the CBB has been providing the best atmosphere at countless events with its Rhythm’n’Blues for young & even younger. Because it’s not just about the music; the entertainment and the show also characterize the band.

In the video below, as the show The Late Show with Stephen Colbert headline the news of Neil Young and Joni Mitchell leaving Spotify, the Cordon Blues did an acapella rendition of both artists’ hits such as “Cinnamon Girl,” “Old Man,” “Both Sides Now” & “Big Yellow Taxi.”

The conflict with Spotify that is starring the legendary Canadian-American singer Neil Young – later joined by his equally venerable compatriot Joni Mitchell – represents much more than a fight of stars competing for a media niche. As is famous, both artists – great, with huge works that could not be stained by any of their personal acts – chose to withdraw their catalogs from that platform so as not to share space with the podcast of a comedian named Joe Rogan, accused of anti-vaccines and others sins.