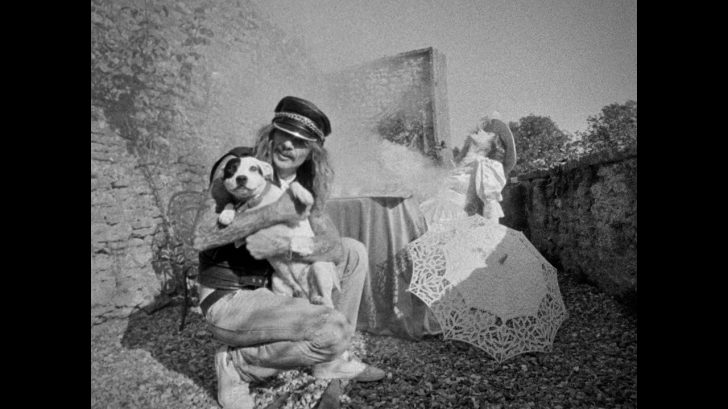 The Darkness Is Going 80s’

The Darkness have released a new song from their upcoming album ‘Motorheart.’

The single ‘Jussy’s Girl’ also comes with a video that will give all the right hit of 80s nostalgia as the song is heavily influenced by the 80s decade.

“’Jussy’s Girl’ is a song about unrequited desires of both the flesh and the heart,” front man Justin Hawkins stated. “Although one could argue that hearts are made out of the same stuff as flesh. You know what I mean, though. It’s about an unspeakable longing, but sounds like a bloke walking around in his 501s on a sunny day. It’s sad but also carefree. Sonically we were aiming for somewhere between Def Leppard and Billy Ocean. Well, I was. There’s a helicopter in it and an awesome guitar solo. What more could you ask for?”’

“Motorheart rocks harder than anything we’ve done before,” Hawkins states. “It makes me happy and proud to crank it up and literally shake my Swiss chalet to its foundations. Dan Hawkins did an awesome job on the production. It’ll take your face off, but your skull will be grinning from meatus to meatus. Please, to enjoy.”

A lot of contemporary artist have been releasing music that is directly influenced by the rock n’ roll era and we’re very excited to see more of the Darkness’ new music in their upcoming album. Hold on to your hats because ‘Motorheart’ will be available on November 19.