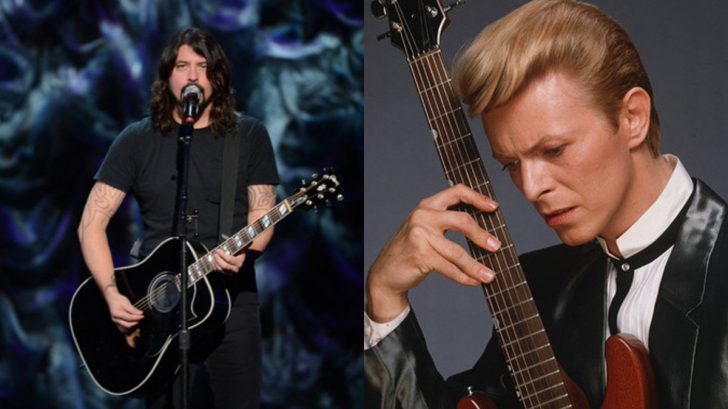 It Could Have Been An Epic One!

Dave Grohl’s written song that was intentionally planned as a collaboration between the Foo Fighters and the late David Bowie will be released. According to Foo Fighter’s frontman that the track will be recorded and released by “unannounced” band.

Featured as the cover of GQ’s June issue. Grohl sat down to have some talk with the magazine’s Features Director Jonathan Heaf, where he shared about the song he wrote for David Bowie that never came to be.

He then added that the song has always been on the backburner since they failed to collab with late David Bowie.

“I actually gave it to someone recently,” Grohl says. “I tried for years, I thought it was the coolest thing ever. We tried it, kind of worked on it, then I actually contacted Bowie about doing it together for this movie soundtrack, that didn’t work out.” The Foos frontman adds, “He didn’t like the movie, it wasn’t me, it was the movie (laughs). Then I started working on it again, and I then gave it to another band, who hasn’t used it yet.”

He was also asked which band could possibly record the track, but his lips were sealed and refused to give an answer, saying,

“I don’t want to spoil the surprise.”

As we know the man, Grohl surely loves surprises and teases a big name that will have a guest appearance on their latest albums for months before finally revealing it was Justin Timberlake backing them up in the vocals.

They also talk about the near-death experiences, when was the last he got arrested, and how Nirvana, could be hilariously fun sometimes. Grohl admitted as well, that he is still having a hard time listening to Nirvana.