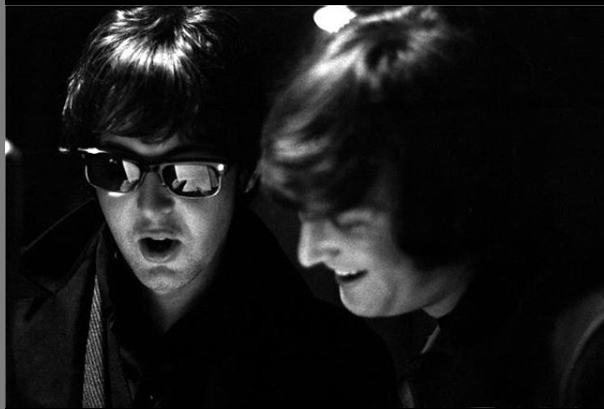 What Really Happened During That Day?

There are many tales about the breakup or the decision of John Lennon to leave the Beatles, — and many believed that it was HIM who destroyed their chemistry as a band. Certainly, all was not what it seems during the final years of the Beatles, but it was Lennon alone who brought down the news and asked for a meeting – he announced during that routine meeting that he was leaving the Beatles. He just announced, ‘Oh, I’m leaving the group.’ Paul and the rest replied, “Are you sure about this?.”

Lennon’s departure, of course, brought the death of the Beatles and it was inevitable in every way.

The truth is, in around 1965, Lennon lost focus and interest in creating music – he even almost had nothing to do with Sgt. Pepper album. But Paul, of course, did try and desperately motivated Lennon but he just simply didn’t want to be there. He was often late, and at times left early or never coming in at all.

Well, the Beatles, was a part of him growing up. It was sure fun and wonderful, but as he got older, it just became tiring. Of course, he did have money, and fame so there was nothing left to accomplish with the Beatles.

I guess John wanted to do something in life, – he wanted to do things with Yoko. He certainly wanted to spend his life with Yoko, and as evidence, after they broke up, he went out with Yoko Ono and went on a solo career.

It’s too easy to say that John Lennon just left the Beatles, but the reasons for them breaking up were numerous and complex. Or simply because he hated it, and identified himself as a “grown-up.”

But what do we know? These are all just speculations.

Keep going for the audio track below which explains Lennon’s of the story of telling Paul he was leaving The Beatles & Paul’s response: