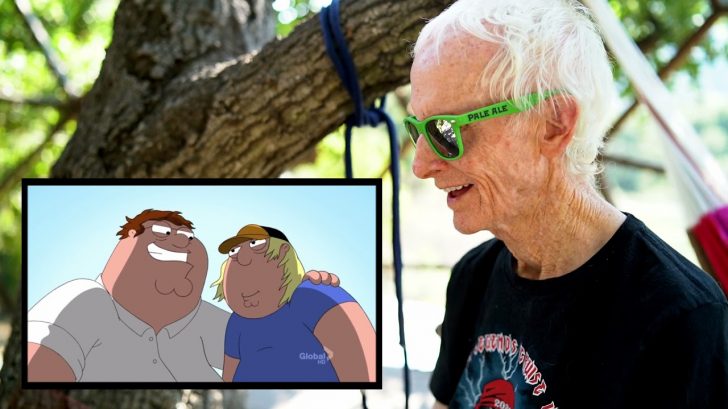 For Rolling Stone, he is among the best 100 guitarists of all time (at 76th place in their ranking). Yet when it comes to great guitarists, it’s never one of the first names that come to mind. We are talking about Robby Krieger, the historic six-string of the Doors.

His problem is perhaps precisely having been part of a group whose sound had the organ of Ray Manzarek in the foreground, and whose image was monopolized by the charisma of Jim Morrison. Still, Krieger is without a doubt one of the secrets of the band’s immortal success. Let’s go and discover together the curiosities about his career and his private life.

In the video below, Robby reacts to the Family Guy skit, a show that he never he’d never seen before.

Seth Woodbury MacFarlane, who today is known as an actor, animator, writer, and producer, created the cartoon in 1995, during his student years at the Rhode Island School of Design. He made a thesis film called The Life of Larry and a sequel to it. The Family Guy, in turn, was based on the characters in these early works.

Family Guy has featured a lot of rock icons and one of them was the legendary band, The Doors. Keep going for the video below: