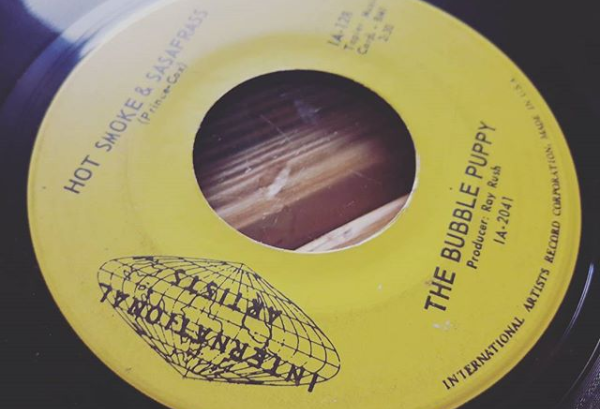 The Band Who Successfully Combined Psychedelic Rock Of The 1960s With Hard And Progressive Rock Sounds Of The 1970s.

They got their first major break in 1968 and landed an opening gig for the rock group The Who. David “Fuzzy” Fore, having come up from Corpus Christi to watch the show, joined the band as the new and permanent drummer and guitarist. With this last addition in the group, Bubble Puppy became to being.

The band released its one and only full-length LP, A Gathering of Promises, in 1969. Sadly it did not generate as much profit as International Artists could hope for.

Furthering their unsuccessful career; the label rejected a licensing deal with the Beatles’ Apple Records, and despite gathering local and regional acknowledgment for doing live performances with their distinctive sound of dual lead guitars and layered harmonies, the band suffered from financial difficulties and conflicts of interest arising from within the label’s management, causing them to move back to Austin for a time in 1970.

In an effort to redeem themselves, they moved to Los Angeles, California, to pursue new musical opportunities.

Once landed in California, the group signed a contract with ABC-Dunhill Records, and Bubble Puppy changed its name to Demian to avoid contractual conflicts with International Artists. They also landed with a new manager, Nick St. Nicholas of Steppenwolf. In 1971 the new group recorded and released one self-titled album.  One year, after releasing their debut as the Demian, they failed again – BC proposed a reduced budget for a follow-up record, causing them to dissolve the band.

After the dissolving the band, the members returned to Austin where they remained involved in the music scene.

The band is still managed to be honored in the South Texas Music Walk of Fame.