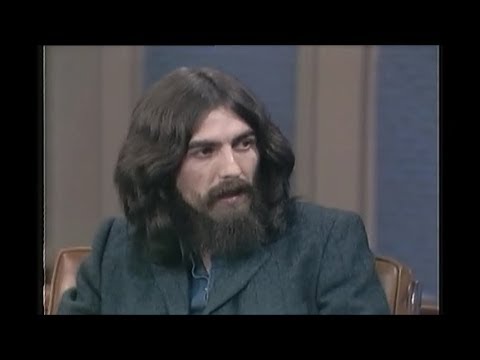 Harrison was a talented songwriter in his own right, and the quantity of absolutely extraordinary masterpieces he created, whether it be with The Beatles or as a solo act, is nothing short of astonishing.

All Things Must Pass, his third solo album issued in 1970, has iconic songs such as ‘I’d Have You Anytime,’ ‘My Sweet Lord,’ and ‘Isn’t It A Pity,’ to mention a few.

While he was among the most influential artists of all time, it was through his modest demeanor that Harrison left his true indelible impact, and when he died in 2001 following a struggle with illness, those dearest to him were devastated, particularly his spouse Olivia and son Dhani.

Nonetheless, Harrison exited the world with the dignity you’d anticipate from ‘The Quiet One,’ and his farewell words to Olivia are tragic. As per The Express, Olivia spent time with The Telegraph after Harrison passed and recalled what he said to her as he prepared to depart this mortal realm.

Olivia said that Harrison soothed her in his dying words in the best manner he knew how: with a bit of honesty. He explained to her:

“Olivia, you’ll be fine, you’ll be fine”. Olivia responded, according to Marc Shapiro’s book Beatle Wives: The Women the Men We Loved Fell in Love With: “For me, fine was okay but it was not really good enough. I am fine and I am okay. He walked his road and now I have to walk mine. There’s no way of going around grief. I think it’s better to just go through it.”

When George passed, Olivia issued a statement, which were some of the ex Beatles’ final remarks, indicating that he had been at peace with his eventual demise:

“He left this world as he lived in it, conscious of God, fearless of death, and at peace, surrounded by family and friends. He often said, ‘Everything else can wait but the search for God cannot wait, and love one another.’”

Olivia came to the conclusion that her man was correct after pondering on his dying words. She stated to The Telegraph:

“But George was right, I am fine and I am okay, although I will miss him until my dying day”.