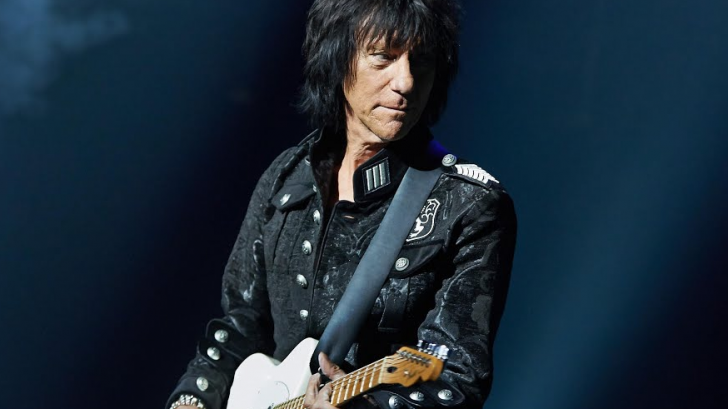 The eccentric musician was never able to conform to any stereotypes. Beck has quietly written some of the best rock and roll tunes while operating outside the mainstream. Within this marginal zone of acceptability, he created for himself a career unlike any other, transcending musical style, genre, and antiquated notions to become an icon.

Beck produced some fantastic music with his band The Yardbirds, and Chris Dreja, the group’s rhythm guitarist, declared: “Jeff was, and is, a fucking genius.”

The Yardbirds’ 1965 hit “Train Kept A Rollin,” which has consistently placed near the top of any list of rock greats, gave Beck some of his happiest moments. When Beck was discussing the track with Louder Sound, he stated: “We did that with Sam Phillips at Sun Studios in Memphis on our first tour of America. Giorgio Gomelsky, who was in charge of the band at that time, phoned him up, and Sam said: ‘It’s Sunday. We’re closed’. Giorgio told him he was missing a great opportunity to record a happening band, and eventually persuaded him. So we went down and recorded a couple of tracks.”

One song will stand out in history for nearly forging one of the most amazing supergroups ever. John Paul Jones and Jimmy Page would subsequently name their subsequent band Led Zeppelin as a result of the session. Beck’s Bolero is one of his best songs.

Beck persisted in his quest of success with the Jeff Beck Group after realizing that Led Zeppelin would exist even without him. Nevertheless, when Zeppelin showed up there, Beck continued to find it vaguely interesting: “When Peter Grant played me the first Led Zeppelin album, I thought he was having a laugh. Never mind. It all worked out great for them.”

Beck eventually became to be the focal point of the entire group and was continually getting into scrapes with Peter Grant. It’s the reason why he finally left Beck in favor of Zeppelin, but not before recording fantastic songs like this awful rhythm and blues masterpiece.

Stevie Wonder’s timeless song “Superstition” is one that showcases Beck’s versatility in transcending genre and style while also showcasing his great virtuosity. He co-wrote the song, which was intended for his personal release.

The song is from Beck’s album Wired, and it features the guitarist once more in a commanding position. This time, he not only demonstrated his guitar prowess but also his musical receptivity.

“I wanted to take as much inspiration out of the Mahavishnu Orchestra without anybody recognising it,” revealed Beck. “The only tell-tale sign was [Mahavishnu keyboard player] Jan Hammer. I wanted a huge amount of his input. His playing is so fast, but it’s very deceptive. It’s like playing with a demon. And I love the way he understands compression and funk. He’s got all the elements that I love about rock ’n’ roll.”