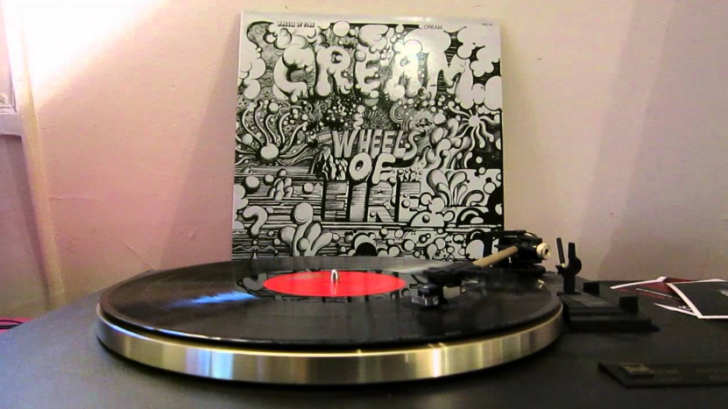 Cream: the “supergroup” considered as the father of everything together with people like Hendrix. In all those genealogies that are made of hard rock – metal we will always find them above all, above Zeppelin and Sabbath.

Considerations aside on who inspired who and who invented what (this is not the patent office), these three guys were not exactly unknown when they came together under this brand: “Cream”, because they were considered the cream of the musical scene each on their respective instruments.

Wheels of Fire it’s a Double vinyl album that came to light in July 1968, Cream start to record with their ass very licked by critics and the public thanks to “Disraeli Gears” (or the album “Sunshine of your love”) and they make this great album that would give a lot to talk about.

We open with White Room, a well-known song that is first used when talking about classic rock. But if we analyze it with a little care we will see that the input and the battery get a little out of that cliche. It is a subject that works very well as a hook to attract us to the core that we will find deeper. I will not comment much on the instrumentalists because their qualities are obvious. Bruce shows us that you can sing falsetto with excellent taste. They are all genuine first class, with a lot of contention.

An uprooted blues, transplanted to nowhere and unrecognizable, one of those anachronistic themes at a time when they were nothing or almost everything.

Crossroads, version of the blues from the seller of his soul to the devil Robert Johnson, famous for his monumental only stands out as it could not be otherwise for Clapton’s excellent guitar.

Spoonful is another incredible song, with that classic pattern of blues so well interpreted by the Creams, that heavy blues that like an elephant advances, crushing the earth in its path and that grows slowly along a gigantic jam, with the instruments making each one his own theme, crisscrossing now and then joining for the climax or disappearing together until almost imperception and then return in a sound bombardment.

Toad was one of the songs they preferred for live and is famous for being a pioneer when it comes to drum solo. After a very good brief preamble from all of them Baker begins a solo that is impressive at the time and is brilliantly built and developed.