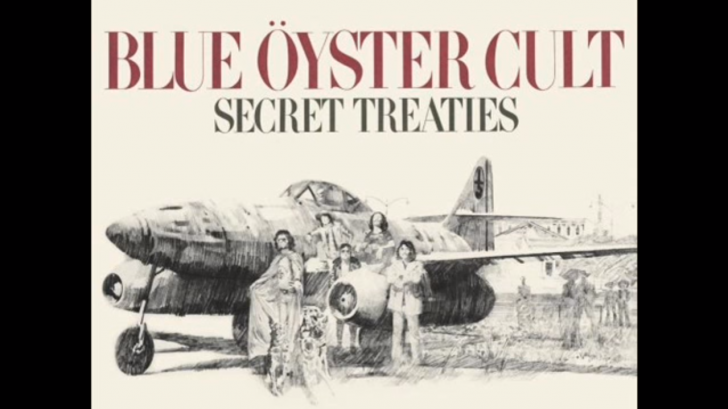 Blue Oyster Cult Was One Of The Best Hard Rock Band In The ’70s.

As one of rock n’ roll’s best band of the ’70s era, Blue Oyster Cult had a great history with their great songs and can still hook us up today. They were considered as one of the pioneers of Heavy Metal music, mixing it with different styles, and even helped to establish other genres such as stoner metal and speed metal.

We look back at the Greatest Albums From Blue Oyster Cult Ranked.

After having a hard time to had repeated success on ‘Agents of Fortune,’ it took them five years to had another hit with “Burnin’ for You” from this album which topped the Billboard’s rock radio charts.

The Fire of Unknown Origin is their eighth album produced by Martin Birch and was released on July 1981. The album has one of their Top 40 hit, Burnin’ for You, and considered to one of their finest work.

The album that led the band to a commercial breakthrough – maintaining their signature style and had a break with the classic “(Don’t Fear) The Reaper” that peaked the Top 40.

The band’s fourth studio album released under the label, Columbia Records on May 21, 1976. It was the album that surprised many fans during its release, sounding different from their other albums, with loud but calm, and confidently relaxing music.

With the song “The Red & the Black,” Blue Oyster Cult managed to pull another special treat for their fans with this second album.

The album was released under the label Columbia Records on February 11, 1973, produced by both Murray Krugman and Sandy Pearlman. Surprisingly, following their debut, Tyranny and Mutation peaked at No. 122 on the Billboard 200 chart in May 12, 1973.

One of the most historic albums ever released, this debut album introduced us to what would have become one of the best hard rock band of the century.

The album that was known for their hit singles  “Cities on Flame with Rock and Roll”, “Stairway to the Stars”, and “Then Came the Last Days of May.” The album peaked at No. 172 in the  Billboard 200 chart on May 20, 1972. Released on January 1972 under Columbia Records.

The first two albums were great but it was those that led them to create one of the greatest LPs, 1974’s ‘Secret Treaties.’

The third album that instantly beat the first two, released on April 1974 by Columbia. This was the album that marked them as one of the hard rock legends on their era. It excelled, spending 14 weeks in the US album charts and peaked at the No. 53 spot.