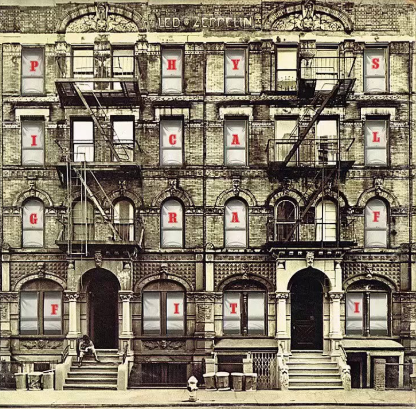 Most Of Us Rock Fans Have These Albums On Our Collections

1970 was the new decade for rock n’ roll and these albums made history as the best selling of all time!

Look back at these amazing Best-Selling Albums Of The 1970s, rock and roll’s greatest years. But one quick note before scrolling down on the list: Compilation/greatest hits albums are not included in the list, so don’t go looking for the Eagles Greatest hits that was released in the 1970s.

When we listened to this back in the day, we didn’t know what was going on, but it made us addicted to it — and the fact that it remains as one of the best-selling albums of all time between the year 1979 and 1990, Pink Floyd surely overdid themselves with this album.

Some say that this was possibly the best album ever made, weird though – this album came from by a band who constantly cheated on each other with other members, and despite the fact – it is still one of the best classic rock has to offer, selling 19,000,000 copies worldwide and it went up in 2013 for over 40 million copies.

Boston are surely a legend – and if this album was released today, it would still be a groundbreaking record. Back after when it was released in 1976, the album was certified gold for two months and it withing just 30 days, the album sold another 500,000 worldwide that led for the album to go platinum for the first time in November 1976.

There are certainly plenty of great songs in this album any time of the year – if you know what I mean. The fifth studio album was certainly recognized by the song of the same name, but two other songs also reached the top spot on the  Billboard Hot 100: “New Kid in Town” (number 1), “Hotel California” (number 1), and “Life in the Fast Lane” (number 11) making it the band’s best-selling album of all time and has been certified a Platinum 26 times in the US selling over 15 million copies sold worldwide just in the 70s.

We don’t usually listen to Zeppelin but when we do, we listen to them 100 of times in a row, and so does our neighbors too – so the old saying says. Physical Graffiti was considered as one of Led Zeppelin’s finest work – as their sixth studio album released on February 1975 it would go on to sell 15,000,000 of copies worldwide before the 70s’ decade ends.