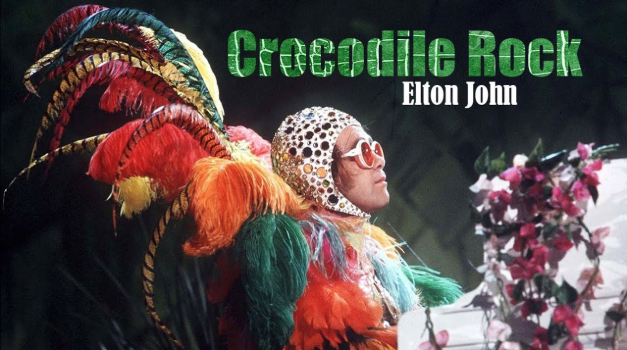 Chart Toppers Are Always The Greatest!

Do you have your favorite Billboard chart-topping rock song from the 1970s? This list will indeed blow your mind away because most of these are surely one of your favorites.

Have a look on the 1970s Greatest Billboard Chart Topping Rock Songs.

It was George Harrison’s first single from his first solo album called “All Things Must Pass.” When this single was released it immediately became a huge success, peaking number 1 on the US Billboard charts and it even remained on the top 50 for four straight weeks.

The song “Maggie May” is a story about Rod Steward having a relationship with an older woman – and he summed it all up in just one sentence during an interview with Q Magazine back in 2007: “‘Maggie May’ was more or less a true story, about the first woman I had sex with, at the Beaulieu Jazz Festival.” The song topped the Billboard Chart for 5 consecutive weeks and at the same time, it went number 1 in Canada, Australia, and the UK.

8. Me and Bobby McGee – Janis Joplin

The song was originally written by Kris Kristofferson and was first performed by Roger Miller but it was the version of Janis Joplin that took the topped spot in the US Singles Chart in 1971. Even the renowned pianist Richard Bell recalled Joplin’s version as “just the tip of the iceberg, showing a whole untapped source of Texas, country, and blues that she had at her fingertips.”

Elton John once defined the song as “disposable pop” and he didn’t want to be remembered by his fans with this song: “I wouldn’t like in 15 years’ time to still be playing “Crocodile Rock.” Little did he know that the song would become his first U.S. number-one single reaching the top on February 1973.

When Don McLean released his album American Pie in 1971 – the single with the same title on this record became a groundbreaking song and reached the number 1 spot in the US and stayed for four weeks in 1972.

5. American Woman – The Guess Who

They called it Canada’s National Anthem and was one of the first greatest hits by a Canadian band. When it was re-released on March 1970, just two months after its original release date, the reached number one on the Billboard Hot 100.

There goes this saying that if you don’t like The Rolling Stones then you don’t know Rock N’ Roll — Brown Sugar was the opening track and lead singer for their album Sticky Fingers released in 1971, very few knew that it was Mik Jagger who wrote the riffs for the song. The single was ranked by the Rolling Stone Magazine as number 495 on its list of the 500 Greatest Songs of All Time and at number five on their list of the 100 Greatest Guitar Songs of All Time.

A timeless and untouchable song by the duo that reached the No. 1 on the Billboard Hot 100 chart on February 28, 1970, and had sold over 6 million copies worldwide. Making it one of the best songs ever written in the rock category.

Beatles had many iconic ballads but this was one of those songs that caught their fans attentions and made it easy for the song to reach the highest debut on the Billboard Hot 100, beginning at the number 6 spot.

The most overplayed song of all time, and it doesn’t get old because of its mysterious lyrics that are still being widely speculated to date. This title track from their album of the same name was awarded the Grammy Award for Record of the Year in 1978.