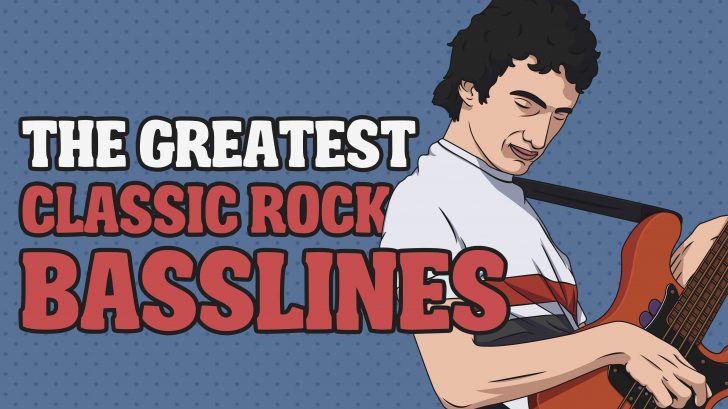 I’ll Throw Them In

The “Greatest Bassline” always have these following characteristics: Recognizable, Drives the entirety of the song, can be played (or maybe not) by an average bass player, and note-for-note. Yeah, of course, Geddy Lee, Jaco Pastorius, and Chris Squire for that matter are amazing bass players and provides sweet and incredible basslines, but fat chance an average bass player can be great at playing “Freewill” “Portrait of Tracy” or “Yours is No Disgrace” — never in a million years.

Remember “Moondance” by Van Morrison? — It certainly has one of the sweetest basslines, but here’s the thing (there’s always seems to be a “but-thing”), it doesn’t hit the characteristics of the “Greatest Bassline.” It may all have the walking bass pattern, and it may be sufficient to be included in our list. (Here’s the “But” again) BUT, it doesn’t need to be exactly like that, someone can be sloppy.

I’ll give you some of the songs that have the “Greatest Baseline:” (sure best get these songs note-for-note)

Good Times by Chic with Bernard Edwards (surely have the same taste as Another One Bites the Dust by Queen with John Deacon, but the bass riff of this song made history). Hear for yourself:

Under Pressure – Queen with John Deacon

What about Super Freak of Rick James? A song that was sampled by M.C. Hammer, “You Can’t Touch This.”

and who could forget Spencer Davis Group’s “Gimme Some Lovin’,” — timeless music.

Why, of course, this list wouldn’t be complete if we didn’t include the Beatles “Come Together.”

Of course, we can name hundreds or more — but I think these are undeniably great and original, and most importantly, familiar to most classic rock fans who love and cares about music, Money by Pink Floyd with Roger Waters, Crossroads by Cream with Jack Bruce, and What Is And What Should Never Be by Led Zeppelin with John Paul Jones.

Each of the songs here is certainly a masterpiece. For me at least, there’s nothing else like these records. They have the greatest basslines ever, so many bass players were, and still are, profoundly influenced by them. This is a tough call, naming the greatest basslines ever — like I said, we can name hundreds or more, but I believe most of the musicians and classic rock fans may agree with this list.