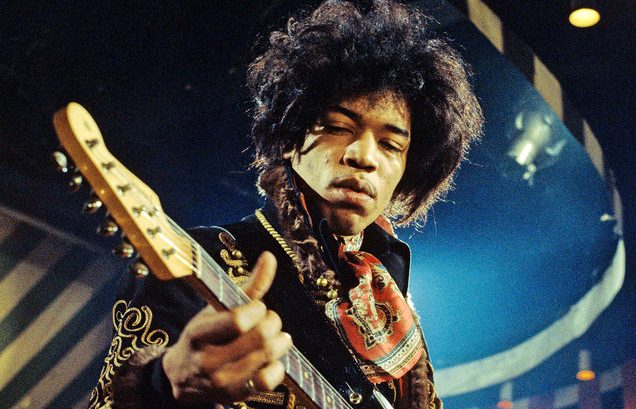 American singer, guitarist, and songwriter, Jimi Hendrix, died on September 19, 1970, due to an overdose of barbiturates.

However, his talent was immortalized, since he is considered by many to be the best guitarist of all time, despite having left at the age of 27.

Hendrix, who would have turned 80 in 2022, was influenced by rock and roll and electric blues, which defined the rock style of his performances.

He was left-handed and an admirer of Bob Dylan and Elvis Presley. His presentations were characterized by using amplifiers with distortion and achieving incredible sound effects, as well as setting his guitar on fire several times and even playing this instrument with his mouth on stage.

Hendrix got his first acoustic guitar at the age of 14. He joined the United States Army as a paratrooper, and the following year he got his license.

Soon after, he moved to Clarksville, Tennessee, and began playing a few gigs on the Chitlin’ Circuit. He worked with soul artists like B.B. King, Sam Cooke, Jackie Wilson, and the duo Ike & Tina Turner.

Success came to him in the United Kingdom, during the tour he made between 1966 and 1967, with his group The Jimi Hendrix Experience, a trio in which he shared credits with Noel Redding and Mitch Mitchell.

Upon returning to the United States, it can be said that he was indeed a prophet in his land, and this fact was evidenced by his performance in 1967 at the Monterey Pop Festival in California.

His performances became more explosive and in March of that year, he was taken to hospital with burns after setting his guitar on fire for the first time at London’s Astoria Theatre.

Three years later, Hendrix headlined the legendary Woodstock Festival in 1969, where his rendition of the American anthem went down in history.

As he experienced fame, his addiction to drugs and alcohol became more acute. After 1967, he began to smoke cannabis and hashish on a long-term basis and took amphetamines and LSD, mostly while on tour.

Hendrix often became angry and violent when he drank a lot of alcohol or mixed it with other drugs, as happened with a hotel incident in Stockholm, Sweden, as well as drug possession charges in Canada.

According to the doctor who initially treated him, Hendrix suffocated to death on his own vomit, made up mostly of red wine.

Rolling Stone positioned his three albums Are You Experienced, Axis: Bold as Love, and Electric Ladyland, among the 100 best albums in history, and him as the best guitarist and the sixth-best artist of all time.

Although all of the Are You Experienced singles failed to chart in the United States, the record became a hit on underground FM radio, eventually reaching No. 5 on the Billboard 200 and distributing 5 million copies. However, its influence cannot be quantified. Are You Experienced altered the norm for hard-rock guitar skills and theatrics with its soul masterpieces and explosive six-string fizzle. Anyone who has ever revved up their amp’s gain and squeezed a power chord from their instrument owes a great deal to Hendrix. Are You Experienced was listed in the Library of Congress’s National Recording Registry in 2005, which is designated for songs that are “culturally, historically, or aesthetically significant, and/or inform or reflect life in the United States.”