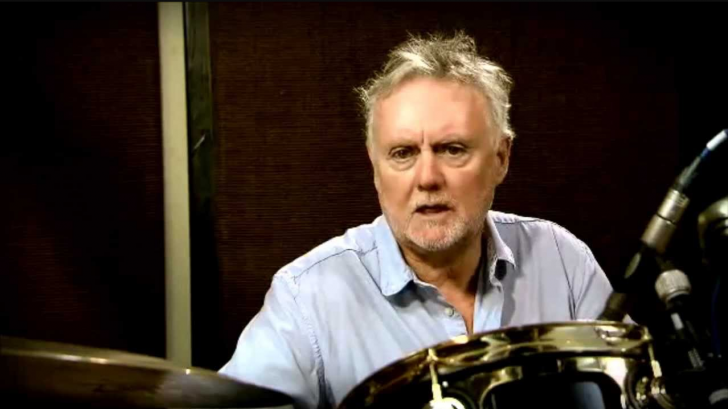 Each And Everyone Has Their Contributions

All four members of Queen individually contributed to the songwriting process and even Roger Taylor spent so much time behind his drum kit, he found himself in helping the group by contributing some of the greatest hits of Queen.

We look back at the “Greatest Queen Songs By Roger Taylor.”

Looks like Roger Taylor loves it fast and love to crank it up with his car.

He wrote it, sang it, and played the drums – the evidence that all the members of Queen are, in fact, talented, and genius. But the main story of this song was indeed about his friend and band’s roadie, John Harris (who was a racer).

Roger driving the car on the official video because he’s in love with it while banging his head on Radio Ga Ga.

When Roger Taylor wrote the song, it became a chart-topping hit during its release. After which, all four members had written songs that reached the Top 10 hit both in the US and UK.

3. These Are the Days of Our Lives

A mighty fine song and no one knew that Taylor was capable of writing this kind of tune for Queen, and it’s indeed touching.

Sadly, the video which was filmed on May 30, 1991, was Freddie’s last music video performance, he died on November 24 the same year. If you want to see the unreleased backstage footage of the shooting, you should see the documentary, Days of our Lives.

4. More of That Jazz

More of that Roger Taylor, possesses a true rock soul, with a smooth rock voice that can transition into flaming rock and roll.

It was an experimental song and was placed as the last track for the album, “Jazz.” The music was more important the lyrics, it was loop driven, and Roger showed his rage as a musician on this song.

Roger Taylor was a genius, and this song is one of those proof – like David Bowie said, “The song without any weaknesses.”

A song about a teenage girl who was 17 years of age at that time, she was said that she could put many men on cardiac arrest. The opening line tells it so, “Well you’re just 17,” but was indeed a nod for the Fab Fours song, “I Saw Her Standing There,” which had the similar opening line, “Well she was just 17.“