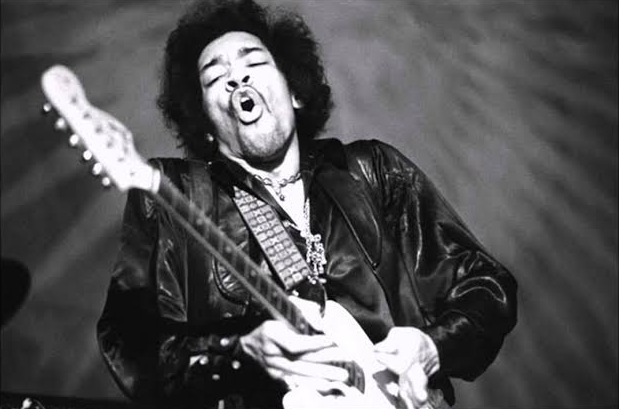 When we think about rock music and it’s greatness we often credit it to the guitarists. The 60’s stand as the most historic era for the genre as the world was introduced with musicians who began experimenting by combining genres and styles — creating new exciting directions.

Here are The Guitarists In The ’60s We Won’t Forget:

Born as Johnny Allen Hendrix on November 27, 1942. He was dubbed as arguably “the greatest guitarist” who ever lived and widely regarded as one of the most influential guitarists in history. Jimi Hendrix is also one of the most celebrated guitarists of the 20th century, and the Rock and Roll Hall of Fame dubbed him as “the greatest instrumentalist in the history of rock music.”

Born as Geoffrey Arnold Beck on June 24, 1944. He was best known for his contribution as the three noted guitarists along with Eric Clapton and Jimmy Page with the Yardbirds. Jeff Beck’s most notable works are from the band he formed, the Jeff Beck Group and Beck, Bogert & Appice.

Born as Eric Patrick Clapton on March 30, 1945. He was best known for his contribution to the Yardbirds and with the band Cream. He was inducted as and the only one three-time inductee to the Rock and Roll Hall of Fame: being as a solo artist, with the Yardbirds, and of course, Cream.

Born as Peter Dennis Blandford Townshend on May 19, 1945. He was best known as the guitarist, co-founder, and the principal songwriter of the Who. Townshend’s career spanned over five decades with the Who and still counting. Pete Townshend along with his bandmates became one of the most important and influential rock acts in the history of music.

Born as Frank Vincent Zappa on December 21, 1940. He was best known as a multi-instrumentalist and a composer. His most notable works are the free-form improvisation, sound experiments, musical virtuosity, and satire of American culture, all merging it with his music.