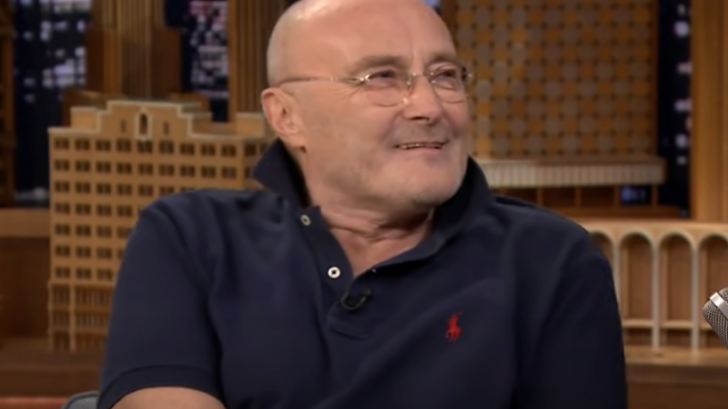 After the renowned lead guitarist Steve Hackett, who had played on the band’s six studio albums, departed in 1977, Genesis faced difficult times. The musician decided to concentrate on his solo career since he didn’t like the atmosphere in the group. He departed Genesis with only Phil Collins, Tony Banks, and Mike Rutherford remaining as its only members. But they were adamant about continuing the band.

‘And Then There Were Three’, the band’s first trio-only album, was released in March 1978. They enhanced their music with more traditional components to appeal to a wider audience. In the end, it was a financial triumph, which raised the band’s recognition in the US. The band members were aware that if they wanted to make a name for themselves in the American market, they would need to travel extensively.

While the band seemed to be enjoying their success, Phil Collins was forced to make a tough choice since he had to inform his then-wife Andrea Bertorelli that they had to go on tour, which meant he would be apart from her and the kids for a long time. Since they would be away for at least a year, it was to be anticipated that his wife wasn’t happy with the scenario.

The vocalist wasn’t prepared to face that type of ultimatum, even though he was aware that his wife disliked the music industry and was left behind when they traveled. He made the decision to forgo marriage in the hopes that his bride would still be waiting for him when he returned. He instructed his wife to wait for him for a whole year while they worked out their issues.

Phil Collins said the following in an interview with Rolling Stone in 1985 on his wife’s response:

“I said to my wife, ‘Don’t be stupid. We’ll work it out. Just try to hold on for a year.’ I realize now that you can’t switch people off like that.”

Phil Collins left his family and home to go on a lengthy tour with Genesis. They visited North America, Europe, and Japan between March and December 1978. Collins’ wife was already deceased, so maybe Genesis had achieved the intended reputation. In the next months, the musician made an effort to mend fences with his wife, but he was unable to avert the divorce.