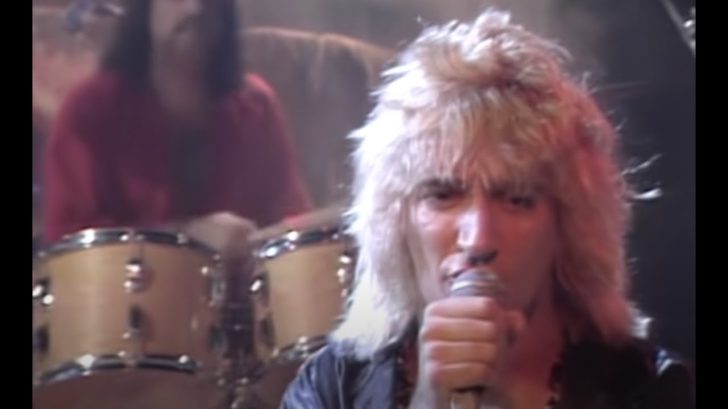 Disco was a hazard for classic music monsters who had survived punk’s assault. Disco music appeared to be more of a safe harbor for groups that always had a little touch of white-bread groove to them, contrasted to the pounding they received from the likes of The Clash and the Sex Pistols. Regrettably, disco was a very American and unmistakably black music (certainly at first), making it difficult for middle-aged white Brits to enter.

‘Da Ya Think I’m Sexy,’ with its recognizable four-on-the-floor grooves, sappy strings, and beefy guitar riffs reminiscent of Nile Rodgers, was instantly the clear demarcation that drove real rock enthusiasts to rebel against what they viewed as the tarnishing of their favorite music.

The relationship between Stewart and the Stones goes beyond simply being on the same disco wagon at the same moment. Ronnie Wood, the guitarist for the Rolling Stones, worked with Stewart in the Jeff Beck Group, the Faces, and co-wrote tunes with him through Stewart’s early solo career. Stewart kept tabs on what his ex-bandmate was doing after he left the Stones in 1975. As per Carmine Appice, Stewart’s drummer, it included scooping up on the movements they were pursuing.

“We were in the studio and ‘Miss You’ by The Rolling Stones was a big hit,” in a conversation with Songfacts, Appice recounted. “Rod was always a guy that used to listen to what was going on around him. He was always looking at the charts and listening. He was a big fan of The Rolling Stones, so when they came out with ‘Miss You,’ disco was really big at the time, so he wanted to do some kind of disco-y song, but nothing like Gloria Gaynor.”

“With the band, he would always tell us, ‘I want a song like this’ or ‘I want a song like that,’ so I went home and I came up with a bunch of chords and a melody,” Appice continues. “I presented it to him via a friend of mine, Duane Hitchings, who is a songwriter who had a little studio. We went in his studio with his drum machines and his keyboards, and he made my chords sound better.”

‘Da Ya Think I’m Sexy,’ with its smooth late-1970s production, blended in with the disco revolution more than many of Stewart’s contemporaries. While his emulation was effective enough to reach the top of the charts, Stewart was also the cause of the criticism against the combination of rock and disco. ‘Da Ya Think I’m Sexy’ is largely remembered as silly fun these days, but the tune was reviled for many years, with many of Stewart’s lifelong admirers feeling betrayed by the shift in direction.