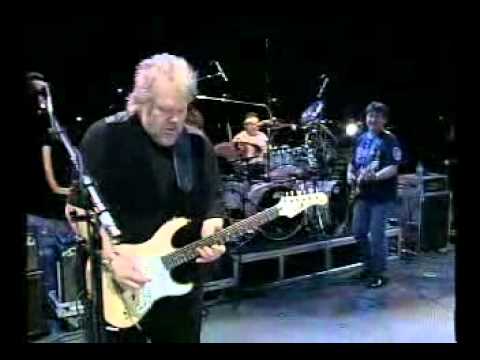 “American Woman” by The Guess Who is a classic rock favorite with a powerful, blues riff that easily conveys the sound and atmosphere of its era, the late 1960s to the early 1970s. It was penned by Burton Cummings, was issued in 1970, peaked at No 1 on the Billboard Hot 100, and is still a well-known rock anthem, according to CBC Radio.

The Guess Who are a Canadian rock group. According to Britannica, they were started in the late 1950s in Manitoba and were finally dubbed Chad Allan & The Reflections. Distressed by Canadian radio stations’ propensity to disregard tracks by Canadian acts, the group filed their rendition of Johnny Kidd and the Pirates’ “Shakin’ All Over” as “Guess Who?” in 1965, intending to trick djs into thinking the record was from a new British group. The tune was a smash in both Canada and the United States, and the new identity remained, ultimately transforming into The Guess Who.

According to Britannica, the hit “American Woman” from the album of the same title was the first single by a Canadian artist to reach #1 on the US charts. In a 2014 conversation with Song Facts, guitarist Randy Bachman recounted how they inadvertently arrived with the popular riff whilst tuning his guitar. When he snapped a string in the midst of a performance, there was a brief interruption in the show as he changed the string and recalibrated his guitar.

“I didn’t have a spare guitar. I didn’t have a tuner. I didn’t have a roadie … Not having a tuner, we would tune to the electric piano every night … I started to play that riff on stage, and I look at the audience, who are now milling about and talking amongst themselves. And all their heads snapped back. Suddenly I realize I’m playing a riff I don’t want to forget, and I have to keep playing it.”

Bachman asked his band mates backstage and a “jam session” ensued, with bassist Jim Kale and drummer Gare Peterson providing the rhythm part. Bachman instructed singer Burton Cummings to sing over the tune and “the first words out of his mouth were, “American woman, stay away from me.”

WAS THE SONG AMERICAN WOMAN A POLITICAL PROTEST?

Randy Bachman went on to clarify to Song Facts:

“This was the late ’60s, they tried to draft us, send us to Vietnam. We were back in Canada, playing in the safety of Canada where the dance is full of draft dodgers who’ve all left the States.”

Bachman said that “American Woman” was a disguised condemnation of America’s participation in the Vietnam War:

It’s basically an anti-war protest song saying, ‘We don’t want your war machines, we don’t want your ghetto scenes, stay away from me.’ “American Woman” is not the woman on the street. It’s the Statue of Liberty and that poster of Uncle Sam with the stars and stripes top hat where he has a finger pointing to you, ‘Uncle Sam Wants You.'”

Burton Cummings, who penned the song, gives a radically different interpretation of the track’s message. He persisted on this in a 2013 conversation with the Toronto Star.

“It had nothing to do with politics. What was on my mind was that girls in the States seemed to get older quicker than our girls and that made them, well, dangerous. When I said ‘American woman, stay away from me,’ I really meant ‘Canadian woman, I prefer you.'”

He reaffirmed this in a discussion with CBC Radio in 2020, claiming:

“I wasn’t thinking politically. I wasn’t thinking about the Vietnam War — which at that time was at a particularly bad point of escalation, so people read a lot of their own meanings into those words.”