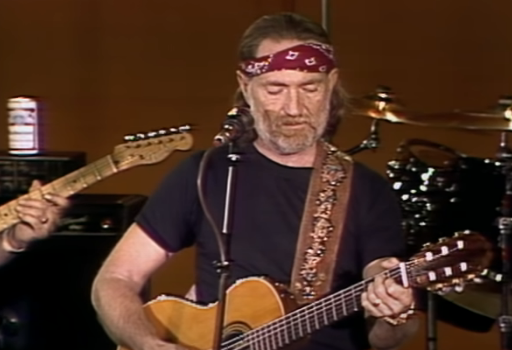 The tax collector will always collect. Everyone is on an equal footing when it comes to the Internal Revenue Services. In reality, there are dozens of celebrities who have had problems with the IRS, even if they have a small army of accountants to help them with the file. Willie Nelson’s case isn’t that far off.

Willie Nelson got into trouble with the IRS after investments he made in the 1980s were found to be illegal. They charged a total of $32 million. After seizing his assets, his fans bought back his possessions at auction and returned them to him.

Willie Nelson Was A Generous Lad

Willie Nelson made a lot of money during the ’50s and ’60s. He became one of Nashville’s best-known songwriters. When his Nashville home burned down, he returned to Texas in the ’70s. He continued to win awards for his music and even appeared in movies like Honeysuckle Rose and The Electric Horseman.

In 1990, the IRS seized Nelson’s properties in 6 different states. Other assets such as master tapes, stereos, gold and platinum records, and even clothing were also taken.

The IRS estimated total debt of $32 million from his income that was hidden in tax shelters. Nelson claimed that his earnings were mismanaged and that he received poor advice from his accountants.

After stripping him of his assets, the IRS charged the famous country singer a total of $16.7 million, with $10.2 million just as interest and penalties. (Source: The Rolling Stone)

Fans Helped Him To Pay His Debt

In January 1991, Willie Nelson’s ranch was auctioned off. The winning bidder turned out to be a big fan who bought the ranch for a group of farmers. These farmers supported Nelson as a thank you for putting on tons of benefit concerts for Farm Aid.

This was not the only time his fans supported him. Several of them bid at auctions and returned their prized possessions.

In June 1991, an album titled “The IRS Tapes: Who’ll Buy My Memories” was released. This album was intended to share the proceeds with the IRS to pay off the debt. Although the album sold well, with an outpouring of support from their fans, sales did not come close to paying off.

In February 1993, Willie Nelson was able to pay off his debt in full. The lawsuit with Price-Waterhouse, along with other projects, allowed Nelson to eventually settle the debt and of course, with the help of his fans. (Source: History)