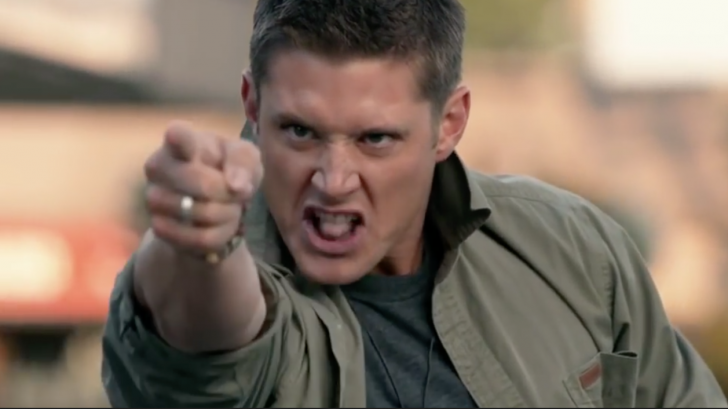 Supernatural Takes Aim At Survivor’s “Eye Of the Tiger”

Let me preface this by saying that I like – no, love – the CW’s Supernatural.

#Supernatural Season 14 returns Thursdays this fall on The CW! pic.twitter.com/b8pZGs7V8O

A tale of two brothers tasked with the impossible mission of saving the world (and each other) while traveling cross country in their old man’s 1967 Chevy Impala, Supernatural stars Jensen Ackles and Jared Padalecki as Dean and Sam Winchester and it’s safe to say that this show has everything: great storylines, incredible characters – and did I mention that it’s got one hell of a classic rock soundtrack to boot?

Supernatural’s not all gloom and doom, though, especially in the show’s earliest seasons. Despite being prime time TV’s quintessential bad ass (seriously, have you seen the weapons hidden in the trunk of his car?), Dean Winchester, played by Jensen Ackles, is one of the show’s funniest characters – season 4 alone yielded some of the elder Winchester’s most iconic moments, including the famed “Eye of the Tiger” outtake that 10 years later is still as funny I remember it being originally.

Here’s how it all went down.

In the show’s season 4 episode “Yellow Fever” (04×06), Dean waits for Sam in the Impala, laid across the front seat with his eyes closed and air-drumming to Survivor’s “Eye of the Tiger”. Now – Sam, played by Jared Padalecki, is supposed to approach the car and smack the roof, interrupting Dean’s jam sesh, but Padalecki had an idea: what if he didn’t smack the roof of the car?

Jensen didn’t make him wait long to find out.

Not only does Ackles stay in character as Dean Winchester, he turns it into one of the Supernatural fandom’s most loved moments. He lip syncs his way through “Eye of the Tiger,” using the Impala as his stage, his right leg as an imaginary guitar, and the Supernatural cast and crew – howling with laughter behind the camera by this point – as his adoring audience.

Not bad for a missed cue, huh? Check it out in the video below!