Rock N’ Roll Would Have Survived Had Bonham Lived.

The Led Zeppelin tour in 1980 made it quite impossible to call it quits for the Zepellin.

It was on July 7, 1980, that the Led Zeppelin performed together for their final show with John Bonham at Eissporthalle in Berlin, Germany. The show was the last stop for their 14-date European tour in support of the band’s most recent studio release, the 1979’s In Through the Out Door.

John Bonham and Jimmy Page both struggled with alcohol and drug addictions, and these were the very reason that they couldn’t stop the inevitable. 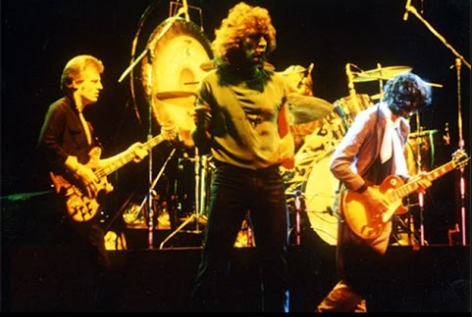 On September 24, 1980, John Bonham was reportedly drinking 40 measures of vodka during their rehearsal day for a North American tour – he went to Page’s house, laid on his bed, and the following morning he was found dead.
A few months, after Bonham’s tragic death, on December 4, 1980, Led Zeppelin released an official statement that the group would be breaking up due to Bonham’s passing.

Jimmy Page, John Paul Jones, and Robert Plant, the surviving members, reunited only a few times after Bonham’s death, including the short sets at Live Aid in 1985, and their 40th-anniversary concert for Atlantic Records in 1988. The most recent one was their show on Dec. 10, 2007, in London, and was filmed as the Celebration Day concert that was released in 2012.

The complete set list, ticket stubs and other memorabilia from Led Zeppelin’s final show are available at their official website.