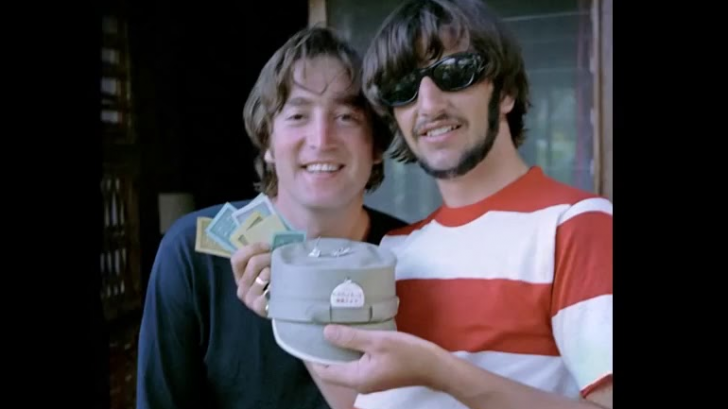 What was the last time John Lennon Ringo Starr? Each of the meetings with the 3 Beatles took place during the last four years of his life, and one of these meetings happened just a month before John Lennon was assassinated.

It was November 15, 1980. Ringo Starr was the last ex-Beatle to see Lennon alive before the murder. Ringo and his wife Barbara Bach visited New York just weeks before the fateful day of John Lennon’s death. “I was staying at the Plaza; we went over to New York for a while. I hadn’t seen him for a while because, you know, we see each other wherever we are. And he came over with Yoko for an hour. And we had such a great time, cause they stayed five hours,” Ringo explained in an interview in 1981.

On December 8, 1980, Ringo was enjoying himself in the Bahamas until the phone rang. It was the daughter of his wife Barbara Bach. The girl told him that John had been shot. Ringo cut off and was outraged. But he was not overly concerned. He assumed Lennon had just been wounded. He was convinced that he had an injured arm or leg. But ten minutes later the phone rang again. It was his stepdaughter again. Hearing what she was saying, he froze and the receiver fell from his hand.

“It didn’t matter that it was a year between we didn’t see each other, it was always fine when we did – but it was a particularly great time that we, that I had, anyway,” Ringo then told Rolling Stone magazine.