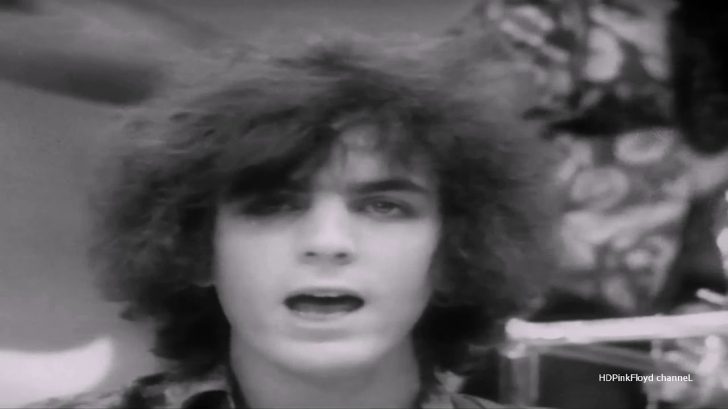 June 5, 1975, almost 47 years ago, was the last day that the four Pink Floyd were able to see Syd Barrett in person.

Long before, since he was kicked out of Pink Floyd, from his own group, in April 1968, he was diagnosed with schizophrenia, caused by his addiction to LSD, to which was added bipolar disorder and an autism spectrum. The ‘Barrett case’ is one of the most studied in the world of schizophrenia.

Many times there has been a talk of the reunion of Syd Barrett with his former Pink Floyd teammates once he had to leave the band to face his mental health problems and addiction to narcotic substances.

There has also been a lot of talks, and the fans know, that there are 2 legendary and unforgettable songs of the band that were dedicated to Barrett: ‘Shine On You Crazy Diamond’ and ‘Wish you Were Here, the that gives the name of the album that was entirely dedicated to this musician, recorded throughout 1975 and released in September.

Band members detail how that beautiful reunion between friends was, very heartfelt and sad in part when the musician’s poor condition and his inability to return to activity with the group were confirmed.

The group was finishing up their ninth studio album at the famous Abbey Road Studio when they recognized a man sitting around the corner.

Syd Barrett visited the famous Abbey Road recording studios to see his colleagues when the group was already finalizing the preparations and the mixing and post-production work was being carried out.

Nothing to do with what he appreciated from the outside: a band at its creative peak and with the best compositions of his career. That’s why Barrett’s visit was somewhat cathartic. He arrived in the middle of studio work, and apparently entered without warning.

His companions barely recognized him. They hadn’t seen him for 5-6 years. The scene went like this: a strange man, overweight, shaven, with a sickly, pale complexion and without eyebrows, also plucked, suddenly appeared in the studios. He was dressed in a white jacket, white shoes, and carrying a plastic bag. He looked without any expression, the fruit of the medication to which he was subjected. When he entered, all the workers present looked at him but with indifference, thinking that he was someone who had sneaked in or was coming to visit, but without recognizing him.

It was then Gilmour who, looking at him again, took a good look at his face and recognized something in it. Soon he realized that Barrett was close to him, whom he had known in the past and thanks to whom he entered the band. The guitarist reacted and warned his partners, Waters, Nick Mason, and Rick Wright, and they were stunned. After the first shock, they reacted and became emotional with him, even crying, witnesses say of the exciting reunion.

Roger Waters was reportedly teared up upon seeing his bandmate, while Richard Wright later recalled it was “weird…and a bit disturbing…I mean, particularly when you see a guy, that you don’t, you couldn’t recognize him. And then, for him to pick the very day we want to start putting vocals on, which is a song about him.”

And it is that several sensations came together: joy at seeing him ‘free’ again, without being confined, but sadness at seeing him in a somewhat regrettable, decadent state, despite his age. Although the medication made him somewhat emotionally absent, he did manage to have a fluent conversation with his friends, albeit with some inconsistencies and nonsensical comments. He argued that his weight gain was due to eating too much fat. “I’ve been eating a lot, I’ve had a lot of pork chops,” he told them.