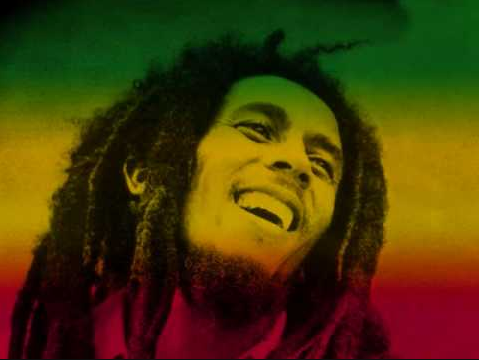 Bob Marley, a son to Norval Marley and Cedella Booker — was born on February 6, 1945 — and live his early life in Nine Miles, Saint Ann, Jamaica.

His group, the Wailers got signed by Blackwell where they released their first studio album, called “Catch a Fire” and was followed by “Burnin'” which featured “Get Up Stand Up” and “I Shot the Sheriff.”

In 1976, during a political uprising in Jamaica, an attempt was made to take Marley’s life which prompted him to leave for England and where had lived for two years in self-exile. During his stay, “Exodus” was produced, and had stayed on the British charts for 56 straight weeks and he followed it with another successful album, “Kaya.”

All of these achievements introduced reggae music to the western world for the first time, and Marley became one of the most successful artists and gained his international status.

In 1977, Marley battled cancer, which he kept secret from the general public as he continued playing his music. He had known that he had cancer when he consulted with a doctor because his wound in his big toe would not heal. Test results showed that he had malignant melanoma. But Marley refused to get his toe amputated by doctors recommended because he believed it would contradict his Rastafarian beliefs.

In 1978, he returned to Jamaica and work for a new record called “Survival” in 1979 and was followed by a successful European tour. And in 1980, he was the only foreign artist who participated in the independence ceremony of Zimbabwe.

During his journey as a reggae musician, he was awarded the International Peace Medal by the African delegation to the United Nations in 1978. And when he guested at Zimbabwe’s independence celebration two years later, according to him, it was the highest honor he’d ever received. When he traveled to America, he performed on two shows at Madison Square Garden but collapsed while jogging in NYC’s Central Park on September 21, 1980, due to cancer diagnosed earlier had spread to his brain, lungs, and stomach. A year later, cancer would take his life in a Miami hospital on May 11, 1981. He passed away at 36 years old.