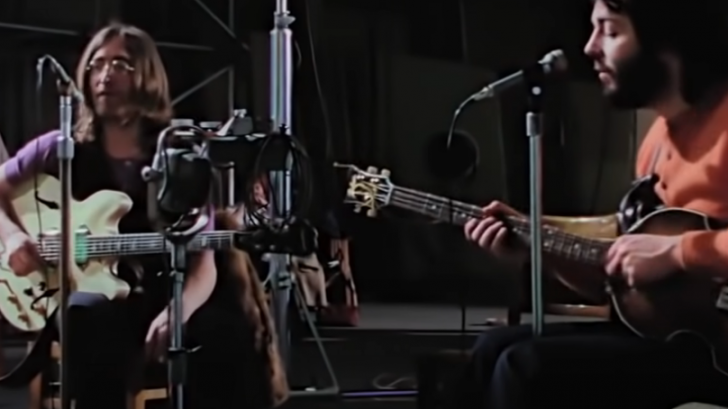 The song Don’t Let Me Down by The Beatles has become one of the most important rock music classics of the 1960s. Composed by John Lennon, despite being legally attributed to the Lennon/McCartney duo. To make this song, The Beatles had the collaboration of keyboardist Billy Preston.

Apparently, John Lennon wrote that song in a period of crisis marked by at least three determining factors: his growing obsession with Yoko Ono, the relationship with the other members of the band who faced possible separation, and, finally, the aftermath of his addiction to the heroine.

The song demarcates an important moment for the band. It was recorded in the framework of the Let It Be sessions and was included in the repertoire of the famous rooftop concert, which announced the farewell of The Beatles. Much has been discussed about this song, as it was inspired by a crucial moment in Lennon’s life. The video below shows the moment of the first time the dynamic duo creates the song together with George and Ringo, a clip from the infamous, The Beatles: Get Back of Peter Jackson.