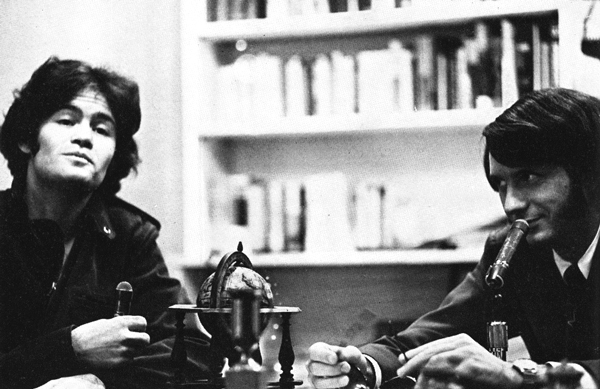 The Mike and Mickey Show

It’s no joke as it looks like two original members of the made-for-TV band The Monkees Mike Nesmith and Mickey Dolenz are reuniting and gearing up for the road as duo as they announced a their first North American tour this coming June. The brief series of live concerts is really aptly dubbed as “The Monkees Present: The Mike and Micky Show”.

The hit group, Mike, Mickey, along with Pete Tork and Davy Jones (who passed away in 2012) was catapulted to fame in the ’60s, with the group being specifically created for the TV show also called The Monkees. The band then made their mark beyonf television by selling more than 75 million records worldwide. The group was only active for six years between 1965 and 1971, but throughout the decades that followed, the boys would do reunion tours and concerts much to the delight of their big following.

This reunion tour, however, will be different than what they have done in the past. Mostly as only 50% of the members will be present. Nesmith seems pretty excited to work with his buddy Mickey Dolenz, saying

“I love being on stage with Mickyy. We’ve been collaborating for over 50 years, so it’s hard to believe it’s never been just the two of us. I’m excited to dust off some tunes that I haven’t played for a long time too. These are going to be some fun shows.”

Mickey was quick to give back the praise, saying

“Right from the get-go, I admired Mike’s songs. When we used to get together around the campfire to sing in the early days, we were always doing his songs.We always had such a great a vocal blend; he was the one who encouraged me to write songs of my own.”