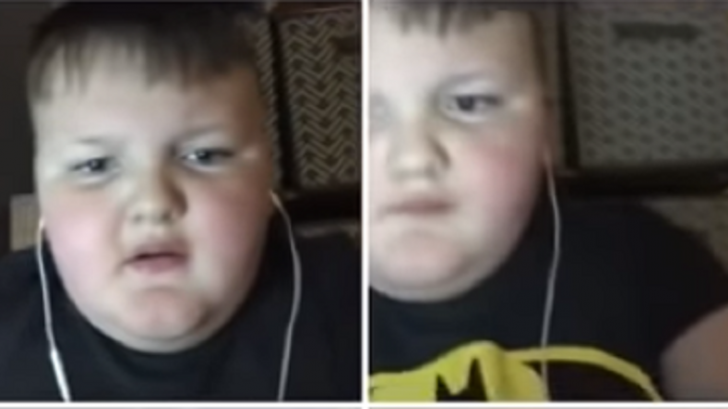 For the past few months, whether we liked it or not, we’ve been bombarded with numerous versions of one of Toto’s most enduring songs – “Africa.” From the now-famous Wheezer cover to Pitbull’s nearly-unbearable rendition, we’ve pretty much heard it all. But what you’re about to see is something unexpected and is actually a delightful surprise.

In this video, this young boy takes it upon himself to perform and record “Africa” and well, it definitely made us happy. Is it perfect? No. But is it wildly entertaining? Absolutely yes. Besides, we’re all for little kids falling in love with classic hits even if they don’t know the lyrics fully. He probably heard his parents play this over and over again.

And wow, it’s just super sweet and adorable! It’s hard to watch this without at least cracking a smile. This kid is seriously too pure for this world.

How can anyone not like this? We’ve sat through weird covers like the chicken one or the guy who used sweet potato and squash as his musical instruments. So not only did we find this boy’s cover deserving of millions of views but we’re definitely putting this up as one of our favorites.

“Africa” unexpectedly became the internet’s favorite song last year and everyone was obsessed with it. Love it or hate it, it was difficult to escape its clutches because you can literally hear it everywhere.

“At the beginning of the ’80s I watched a late night documentary on TV about all the terrible death and suffering of the people in Africa. It both moved and appalled me, and the pictures just wouldn’t leave my head. I tried to imagine how I’d feel about if I was there and what I’d do.” – Toto’s David Paich

Anyone who says the perfect cover doesn’t exist needs to watch this at least once.