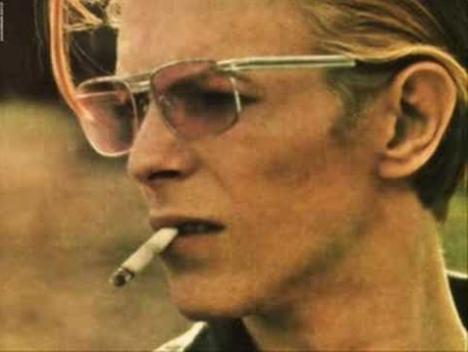 The 70s’ Band Gave Us Most Of The Classics!

The 70s’ was full of mysteries, and it was the decade of rock music becoming more popular and being embraced more as a culture. These Rock artists of the 70s’ were not necessarily the best during those times, but their art was endless and their stories were controversial.

We look back at the “Most Controversial Rock Band Careers In The 70s.”

David Bowie’s became controversial in the ’70s because of his alter ego during those times, as Ziggy Stardust. He came up with the name partly from the Legendary Stardust Cowboy and Ziggy was “one of the few Christian names I could find beginning with the letter ‘Z’,” said Bowie. He based the way he dressed, hair, and makeup of Ziggy Stardust on the Malcolm McDowell character in A Clockwork Orange. It became quickly controversial and was a major influence on glam rock bands like T-Rex and Suede.

When Nicks and Buckingham joined Fleetwood Mac on January 1975, they finally got their break — despite having the success they were aiming for – it was also the beginning of their downfall — romantic disputes, affairs, drug abused, physically abusing, breakups and many more were beginning to fuel the controversies of their career.

They were arguably the biggest band on the Planet during the 70s’, but one man, an aristocrat to be exact was not happy at all when they performed at Copenhagen, Denmark. They were dubbed as “The Nobs” resulting into a legal action threat by Frau Eva von Zeppelin, a descendant of Count Ferdinand von Zeppelin creator of the Zeppelin aircraft. Frustrated over the use of their family name the ‘Zeppelin.’

During on one of their concerts in the 70s,’ an angry audience shouted “you f***ng poof” to Freddie Mercury during the middle of their performance, Freddie’s response was classy – he asked the crew to turn the spotlight on the man asking him to “Say it again, darling.” This issue was one of the reasons why Freddie and Queen was an easy target by the critics. Freddie was mostly secretive, but, of course, that didn’t stop them from taking over the stage to stardom. Freddie’s secretive life was one of the reasons for their never-ending controversies and are still talked about to this day.

They were one of the first band in the 70s’ to define punk rock, and had produced quality songs but they were never considered as pioneers. They broke boundaries and new grounds – had their own distinctive sound, and it was because of the Ramones why Sex Pistols, Damned, Clash, and Buzzcocks existed. For some, they were regarded as the greatest punk, but many don’t recognize them as such.