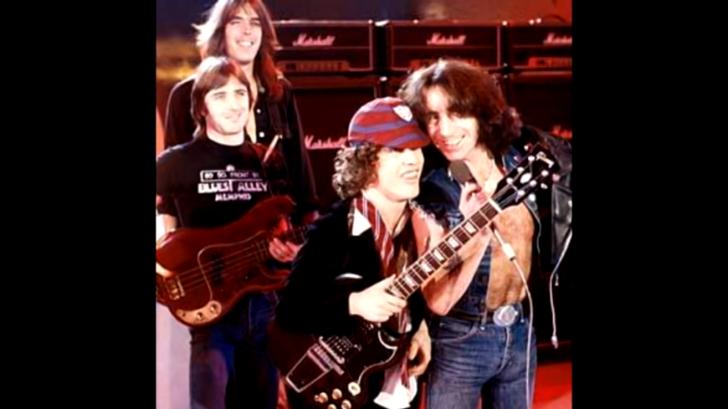 There are hundreds, if not thousands of legendary stories of such rock legends that have been witnessed: From Ozzy Osbourne biting the head off a bat in 1982 to Jimmy Page dating a 14-year-old girl.

These stories became part of history as they were loud and dangerous. But none of these can top AC/DC’s many insane stunts. Drugs, dementia, and until the death of guitarist Malcolm Young — surely it was a long way to the top just for them to rock n roll.

Phil Rudd turned into a criminal. Rudd charged in attempt to hire a hitman to threaten’s someone’s life and was caught as well in possession of methamphetamine. The claim was Rudd offered the hitman $133,000 and the sports car of his choice to kill some contractor and his daughter.

He then was sentenced to eight months of house arrest after pleading guilty.

The death of Bon Scott is definitely the most infamous AC/DC story there is — as it was tragic as well.  After managing to play with the band for six years and release seven albums with them, he died at the age of 33.

The cause of his death? — Heavy Drinking. Following a night at Londo club The Music Machine, Scott was left in his friend’s car to sleep it off. The next morning, he was found lifeless. Upon arriving at the nearest hospital – he was pronounced dead on arrival.

The official cause was listed as “Acute alcohol poisoning,” though several fans believe that there’s more to that, and his death is still an ongoing mystery.

But nevertheless, the official ruling of his demise was “death by misadventure.”

Dubbed by the US Military as “Operation Nifty Package,” as they planned to extract dictator Manuel Noriega from his bunker in December 1989, using only a song from AC/DC.

Noriega, the dictator of Panama, found a safe way to hide from US Attacks in the Apostolic Nunciature of the Holy See, it was a veritable embassy for the Vatican. How did the US Military manage to capture him without assaulting the Pope’s territory with firepower? Here’s the answer: “You Shook Me All Night Long” by AC/DC.

They mounted industrial speakers and played the song as loud as they can until it grew unnerving to Noriega and suddenly surrended because of irritation. What-a-nice-story.

Few other insane stories are listed down below: