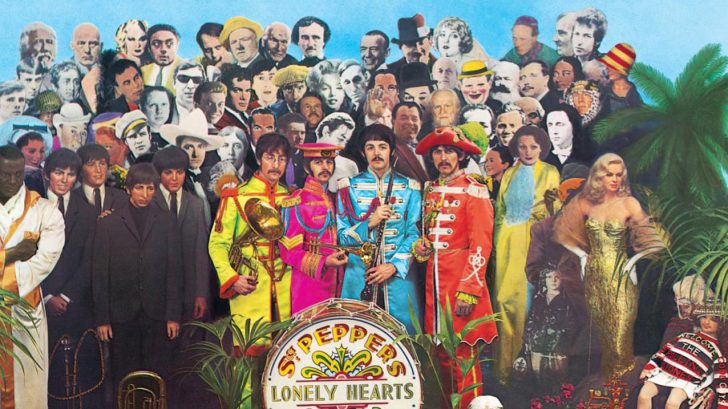 It’s Getting Older But Going On Forever

One thing us casual fans know about the finest psychedelic album, without any kind of hesitation; it’s the Beatles’ “Sgt. Pepper’s Lonely Hearts Club Band.”

Ever since Jim Morrison and the Doors came out from California, the Beatles had since then into a much deeper scene, “THE PSYCHEDELIA.” The Fab Four had given the summer of 1967 full of flowery blossom, and a trippy theme.

Although we all know that “Sgt. Pepper” was not their first trip to the land of psychedelia: few notable songs were considered as their start to the scene like “Tomorrow Never Knows” from “Revolver,” the acid-tingly song of Lennon “Strawberry Fields Forever,” and of course, the much gentle touch psychedelia of “Penny Lane.”

But when the Summer of Love came into being, the rock gods created something magical and had delivered what would change the lives of the generations who came after, opening up the minds of young and old all across the world: “Sgt. Pepper’s Lonely Hearts Club Band.” And it really deserves to be honored as the landmark of the psychedelic album!

Sgt. Pepper remains to be impressive to this very day, after listening to the whole album all I can say is: It’s magnificent, magical, self-confident, and self-conscious. It’s a very much trippy, multicolored journey through a variety of musical landscape; it is also humorous and fun, and dark and frightening all at the same time.

3. Here’s are the songs from the album that were least trippy:

Yes, this song is least trippy, and it seems out it just burst nonsense, but a good listen though (full of energy). It kind of helps you paint a picture of a lazy person.

More of a reflective song that talks about the distractions and negativity that surrounds you, helping you fix the hole of your close-mindedness.

Of course, we all love this song, and it’s one of Sgt. Pepper’s finest, and the way Paul sings this one is definitely a classic – but it’s far from a psychedelic vibe.

Not trippy, more like a happy, sweet love proposal song IMHO. Just a Happy Paul McCartney who fell in love with a girl, and wants to take care of her until they are Sixty-Four. Super fun and romantic.

2. The AVERAGE TRIPPY from the album:

A good tasty song, almost magical that’s why it’s under the average trippy. The Beatles sure did magnificently recording the craft!

Not absolutely trippy, but can be considered as one (just a northern song). But it’s definitely one of our favorite Beatle songs.

The vocals of John and Paul are surely amazing it transcends you into a great feeling, that can make you cry. Probably a good wedding song for your daughter, it will put tears in your eyes while you walk her down the Isle.

With A Little Help From My Friends

Another one of their best! But it’s unlikely to consider it as a trippy song, though you can if you would ask a little from your friends.

1. And the HALL OF FAMERS who are clearly qualified for PSYCHEDELIA TRIP:

Lucy in the Sky With Diamonds

Who’s Lucy? What’s she doing in the sky? Why bring a diamond in there? What’s the plan? — There you go, all these questions can absolutely make you trippy!

Being for the Benefit of Mr. Kite!

Mr. Kite? Soaring High? And having the benefits … Only one meaning to this, THEY’RE HIGH!

Within You and Without You

At first, you’ll find this song boring like it’s dragging you down, but with the right ingredients (you know what I mean) it gets better!

A Day in the Life

This song makes you ask what is a day in your life, and how are you holding up. But it also let you know that everything’s going to be alright. So why not roll some and have a blast tripping!