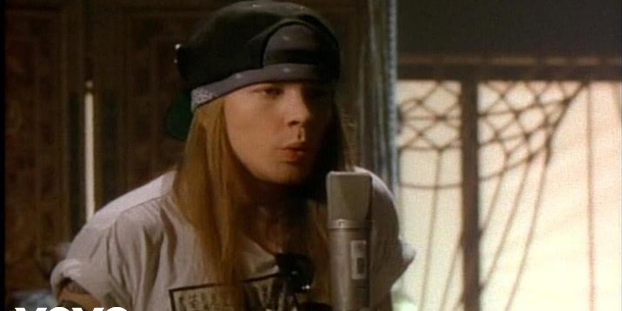 They Were Less Appreciated!

We look back at the “Most Underrated Classic Rock Ballad Songs.”

1. The Long and Winding Road – Beatles

The Long and Winding Road was one of the last written songs by Paul McCartney, and it was written out of the tensions within the band. Recorded in January 1969 as a simple ballad – with a powerful message making it as one of the underrated ballads.

2. As Tears Go By – Rolling Stones

Mick Jagger and Keith Richards collaborated on the writing process of this song, Keith Richards said in an interview with Guitar Player magazine: “Suddenly, ‘Oh, we’re songwriters,’ with the most totally anti-Stones sort of song you could think of at the time, while we’re trying to make a good version of (Muddy Waters’) ‘Still A Fool.’ When you start writing, it doesn’t matter where the first one comes from. You’ve got to start somewhere, right?” As Tears Go By proved that The Stones can write not just rock songs, but great Ballads as well.

Can’t Fight This Feeling was one of their biggest hits out of their two ballads (“Keep On Loving You”) – one of the reasons why they were called a two-hit wonder band. Though they have many great rock songs, they should have stayed in writing and releasing ballads, because they are good at it.

4. Are You Lonesome Tonight – Elvis Presley

A song originally written by Tin Pan Alley’s songwriters Roy Turk and Lou Handman, and was a hit in 1927 sung by various artists. Elvis, though, was asked by his manager Colonel Parker to cover the song, because it was his wife Marie Parker’s favorite. After Elvis recorded the song, he believed that he did no justice to the song and asked the tape to be thrashed, but Steve Sholes, the RCA producer had an instinct that it would become a hit and carried on with its release.

Ray Charles was the influenced of Billy Joel for this song. Growing up in Long Island near New York City, wrote this song out for the love of the city. New York State of Mind was one of the most famous songs next to Frank Sinatra’s “New York, New York” that talked about the city.

During his interview with the NME in 1980, Orbinson shared why he wrote the song: “‘It’s Over’ is a lonely type song, but it’s not over if you listen to the lyrics very closely. Well, in fact, it is over, but I don’t know it, and I’m telling everyone it’s over. I was trying to say that certain things are over before you realize it before anybody realizes it.” Roy Orbinson peaked at #1 in the UK on June 25, 1964, he was the second one to reach the #1 spot next to Elvis.

It was the first time where Guns N’ Roses released a song using all-acoustic instrumentation — Patience displayed the Guns N;’ Roses soft spots and showed that they can be sensitive despite being a hard-rocking band.

8. I Wish It Would Rain Down – Phil Collins/Eric Clapton

When the song was released in 1989, it became a #1 in Canada for 6 weeks, among other foreign Countries — Eric Clapton collaborated with Phil Collins contributing the popular guitar part in the song.

The Moody Blues recorded the song with The London Festival Orchestra and it was written by Justin Hayward. It was when someone gave him a set of white satin sheets got him inspired to write the song – he shared with the Daily Express Saturday magazine May 3, 2008: “I wrote our most famous song, ‘Nights in White Satin’ when I was 19. It was a series of random thoughts and was quite autobiographical. It was a very emotional time as I was at the end of one big love affair and the start of another. A lot of that came out in the song.”

The last track for their rock opera Quadrophenia — Townshend wrote the song out of his spiritaul belief to Meher Baba. Meher Baba’s teachings can be heared on some of Townshend’s songs such Baba O’Riley and this one to name a few.