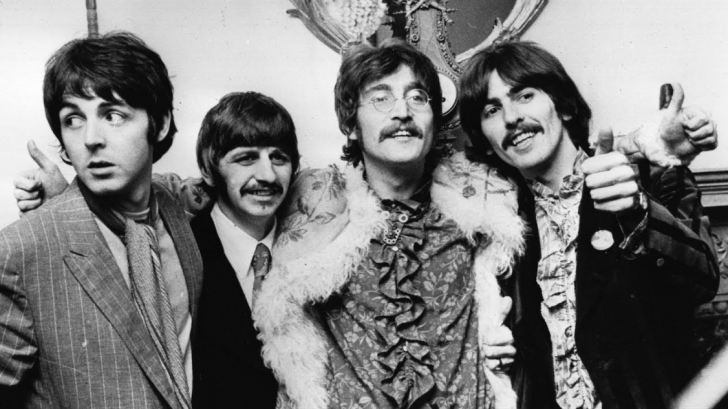 The Beatles were credited for influencing tons and tons of mainstream rock artists for the last 50 years. But it wasn’t all musical, the Fab Four also have inspired most creative disciplines, with their songs, and life stories including books, paintings, films, and more. Here’s our look at The Movies Inspired By The Beatles:

A Beatles biopic film produced when John Lennon was still alive. The film focuses on the band’s early years including the firing of one of their first drummer, Pete Best, and the death of bassist Stu Sutcliffe.

One of the most “not liked” films about the Beatles that tries to bring the musical magic of the Beatles on the big screen. Sneered Chicago Reader critic Jonathan Rosenbaum, “My idea of hell is being forced at gunpoint to resee this 1981 atrocity.”

The film was inspired by The Beatles but didn’t inspire the Beatles. George Harrison reportedly walked out after the first five minutes during the screening, and Paul McCartney never gave a poop about it either.

Inspired by the tales of the real-life vacation trip of John Lennon with their manager Brian Epstein in 1963. Written and directed by Christopher Munch. The film is a 60-minute visualizing what might happened during their visit to Barcelona.

A 2000 VH1 film that imagines how Lennon and McCartney spent their days writing music, what was transpiring, and what they two have been discussing.

Released during John Lennon’s birthday and offers viewers a look at the legendary musician’s early years – the family conflicts that helped him to thrive in pursuing his music life.

Fab Four’s first appearance on ‘The Ed Sullivan Show’ that signaled the moment for global pop culture. The film uses the Beatles’ appearance on ‘Sullivan’ as a device to showcase all the shenanigans that hyped up a handful of fans.

Created by the Beatles fans Eric Idle, Neil Innes, and Gary Weiss, the film debunks all the Beatles mythology with humor, ruthlessness, and love. It was successful and even managed to have George Harrison himself in a cameo.

‘All This and World War II’ (1976) is the strangest film that was inspired by the Beatles, it’s not about music, nor about their life, but it uses the Beatles tunes and was performed by other artists. It was dubbed as “The most brilliantly reckless film I’ve ever seen,” Film Threat’s Phil Hall called it “A triumph of audacity and bad taste.”

A truly special film that is so awful which uses the era’s biggest act such as Aerosmith, the Bee Gees, and Earth, Wind & Fire to damage the reputation of one of the Beatles’ most successful musical achievements. It’s included on this list, but not to invite you to watch, but to warn you to avoid it.