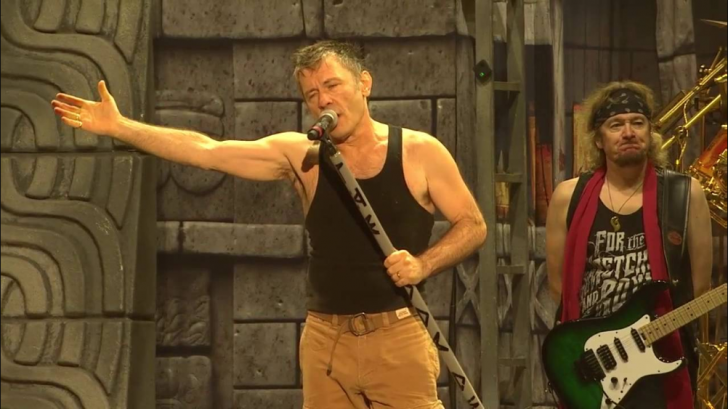 Iron Maiden’s debut performance in Columbia is the inspiration for a new film, The Night of the Beast.

The Columbia concert is regarded as a turning point among the country’s passionate metal fanbase. On Feb. 28, 2008, thousands of metalheads gathered at Bogota’s Simon Bolivar Park to see the legendary band, which some portion of their performance were later featured in the group’s Iron Maiden: Flight 666 documentary.

Variety describes the new film as “an urban road trip” which follows two teenagers as they journey to attend the landmark event.

The Night of the Beast marks the directorial debut of Mauricio Leiva-Cock, creator of the Netflix series Green Frontier. The Bogota-born filmmaker saw this project as a chance to shed the light for Colombian society.

“It’s not the Colombian film that is usually seen through festivals. It doesn’t have the usual norms. It’s not a film about poverty, violence or death,” the director noted. “It’s a film about two teenagers going to a metal concert. Sometimes people don’t see these stories fitting into our narrative, when to me they are as much ours as anyone else’s.”

Some of the band’s hits will be featured in The Night of the Beast, including “Aces High” and “The Trooper.”

For the film, Leiva-Cock was firm to break traditional metalhead stereotype:

We worked with many metalheads and it’s [a] huge group filled with everything, but especially immensely clever and self-educated people,” the director explained, adding that he was also annoyed by those who suggested the film needed to be more political. “To me it is far more political to talk about how culture, and specifically music, can become this tool against violence, or in this film specifically, the value of friendship — postures that are not intrinsically political, but which have to do with how we behave towards one another.”

The Night of the Beast is currently in post-production, new updates will be available soon.