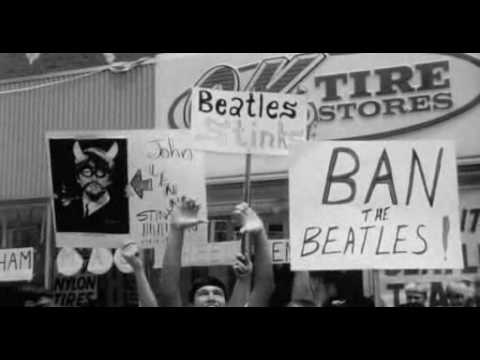 Before musicians had straight access to their supporters through the internet, the demand for promotional publishers was more common and possibly more rigid than ever.

During one disgraceful interview with Vanity Fair, the Hole vocalist and her husband, Nirvana frontman Kurt Cobain, fought with reporter Lynn Hirschberg. The journalist claimed that Love had been using heroin when she was pregnant with their girl Frances Bean Cobain.

The two share sarcastic humor and sharp language, which executes for some glorious exchanges in their time. Bangs called Reed a “vaguely uncomfortable fat man” in a 1973 profile he wrote for Let It Rock magazine.

During their meeting in 1975 for the magazine Creem called Let Us Now Praise Famous Death Dwarves, or How I Slugged It Out with Lou Reed and Stayed Awake, Bangs and Reed clashed again.

Reed: “You used to be able to write… You’re getting very egocentric.”

Bangs: “One thing I like about you, is that you’re not afraid to lower yourself.”

Malcolm McClaren, the band’s manager scheduled them in show Today with the host Bill Grundy to have an interview.

However, the Sex Pistols had been boozing the entired day and arrived on the show drunk, Steve Jones said of the day: “I remember downing about four bottles of Blue Nun and I was fucking just having a fucking good old time, pissed… by the time we went out there. And that’s all I remember.”

Grundy: “What a clever boy.”

Jones: “What a fucking rotter”

You can watch it below:

Keith Richards called Pepper “a mishmash of rubbish” and “a load of shit.”

“The Beatles sounded great when they were the Beatles,” Richards said. “But there’s not a lot of roots in that music. I think they got carried away. Why not? If you’re the Beatles in the ’60s, you just get carried away — you forget what it is you wanted to do. You’re starting to do Sgt. Pepper. Some people think it’s a genius album, but I think it’s a mishmash of rubbish, kind of like Satanic Majesties — ‘Oh, if you can make a load of s—, so can we.’”

John Lennon ‘claims’ The Beatles are “more popular than Jesus” during an interview with Maureen Cleave on March 4, 1966. During the interview, Lennon delivered the following statement: “Christianity will go,” he began almost flippantly. “It will vanish and shrink. I needn’t argue with that; I’m right and I will be proved right. We’re more popular than Jesus now; I don’t know which will go first – rock ‘n’ roll or Christianity. Jesus was all right but his disciples were thick and ordinary. It’s them twisting it that ruins it for me.”

Elton John Out Of The Closet

Elton John comes out to Rolling Stone regarding his homosexuality in public. Elton John opened up in 1976; “There’s nothing wrong with going to bed with somebody of your own sex,” John told interviewer Cliff Jahr.