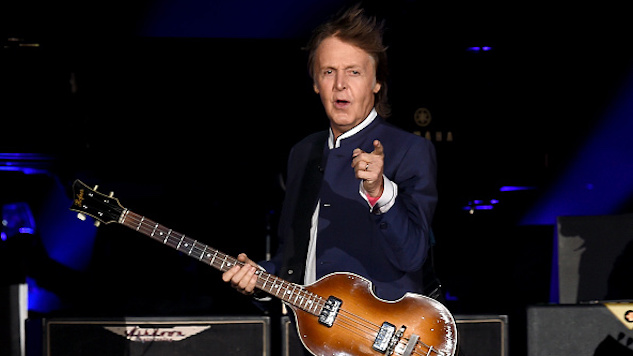 More people have covered The Beatles than you have enjoyed hot meals. This shouldn’t come as much of a surprise given that John Lennon, Paul McCartney, George Harrison, and Ringo Starr wrote some of the most influential and cherished pop songs in the annals of recorded music. The Beatles’ music established British pop, therefore anyone wishing to pay homage to the past while yet presenting something fresh can go no further than their songs. Here, Paul McCartney shares which Beatles song is his all-time favorite.

The finest Beatles covers were made when the band was still functioning as a band, even if it is undeniably true that The Beatles’ music only becomes better with time. Within a year of one another, Joe Cocker’s 1968 version of “With A Little Help From My Friends” and The Beatles’ 1967 conceptual masterpiece Sgt. Pepper’s Lonely Hearts Club Band was both made available.

Cocker, born and bred in Sheffield, joined Decca Records in 1964 and cut a cover of The Beatles’ “I’ll Cry Instead” as his first single. Sadly, the song didn’t do well in the charts. After four years and several tries, Cocker finally succeeded with the release of “Marjorine” on EMI’s Zonophone label. The song reached number 48 on the UK singles chart. His rendition of the Lennon/McCartney classic “With A Little Help From My Friends” was far more well-known. Jimmy Page, the guitarist for Led Zeppelin, was one of the buddies engaged in helping out during Cocker’s recording session.

To Cocker’s great joy, the song topped the UK charts in November and received even The Beatles’ endorsement. Paul said in a statement following Joe’s passing in 2014 that he remembered first hearing the version.

“I remember [Cocker] and Denny Cordell coming round to the studio in Saville Row and playing me what they’d recorded. It was just mind-blowing … [he] totally turned the song into a soul anthem, and I was forever grateful for him for doing that.”