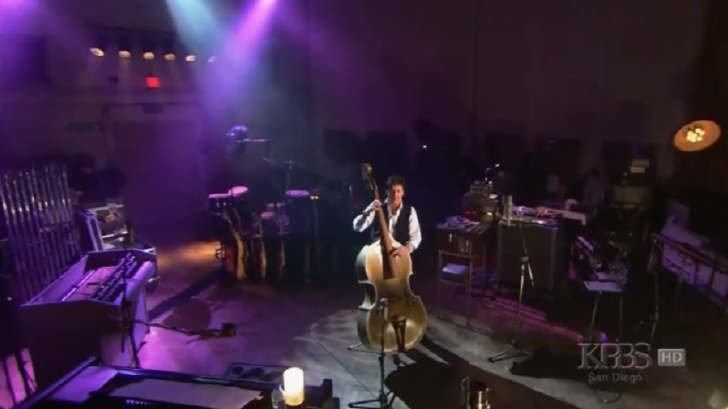 As if we couldn’t love Paul McCartney more!

It’s always a welcome sight to see one iconic musician appreciating another. Not only does it help stop fan wars (if there are any), but it makes you admire the fact that they know how to acknowledge talent when they hear one. Elvis Presley may not be everyone’s cup of tea but he sure managed to earn the respect of his peers.

Elvis and Paul McCartney are both legends, anyone will agree to that. They have great music catalogs and are top-notch performers. They have released timeless tunes that didn’t go out of style. And their concerts didn’t disappoint. So imagine our delight when we stumbled upon this video – Paul talking about Elvis, playing his bass AND singing one of his most memorable songs.

And you know what, Macca can play anything and it will rock. That’s raw talent right there.

Interestingly, Paul McCartney once said that Elvis was a huge influence on the making of their “Sgt. Pepper’s Lonely Hearts Club Band” album.

“We had this idea that we’d make a record, and the record itself would go on tour for us. That came from a story we’d heard about Elvis‘ Cadillac going on tour. We though that was an amazing idea: He doesn’t go on tour, he just sends his Cadillac out. Fantastic!” – Paul McCartney

This is one of the coolest and most touching things you’ll see today. And when you think about it, imagine if The King of Rock ‘n Roll collaborated with The Fab Four? Paul once revealed in an interview that they tried to meet The King but somehow, it didn’t happen.

It would have been epic. Then again, we’re more than content watching clips like this. We have so much respect for Paul – he’s a real rock god!