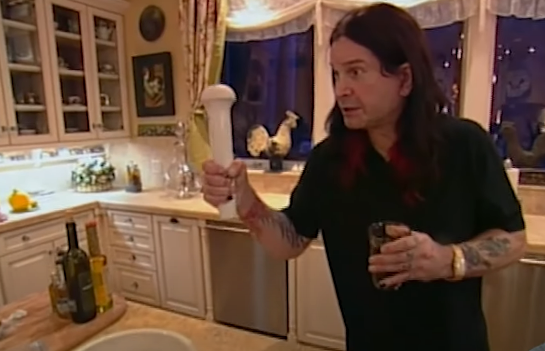 The Osbournes are set to return to the reality show.

Nearly 20 years after the end of their family reality show The Osbournes, Ozzy and Sharon are getting back in the game with Home to Roost.

After spending many years in Los Angeles, the Black Sabbath musician and TV judge return to their family’s home in the UK, and the BBC reality program will focus on them.

The series is expected to arrive in 2023. Until now it is unknown if it will be available in other countries and by what means; Despite this, Variety advanced some details of what will happen in the series.

In this way, they indicated that they would follow the Osbournes at various times, since they will document Sharon’s 70th birthday, following the couple in this new stage, where they deal with health problems and aging; as well as the Black Sabbath frontman tour.

But not only that, since his daughter, Kelly Osbourne, who is currently pregnant, will also appear, Home to Roost, in addition to showing the return to the United Kingdom, will follow up on the wait for the new member of the family.

For their part, Ben Wicks, Colin Barr, and Louisa McKay, the executive producers, shared in a statement: “Rejoining the Osbournes as they return to the U.K. is a once in a lifetime opportunity.”

In addition, Clare Sillery, director of documentaries, indicated that this series promises to be“promises to be a funny, moving and honest insight into [the Osbournes] new life in the U.K.”