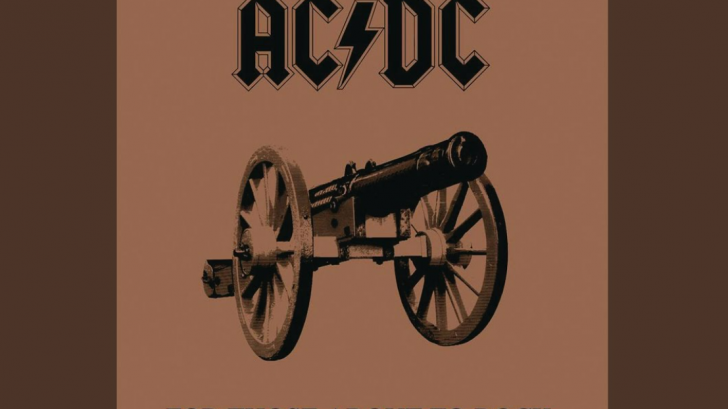 “Ave, Caesar, morituri te salutant” (Hail, Emperor, those who are about to die, salute you). With this phrase that has gone down in history as one of the expressions of the imaginary of ancient Rome, they explain that the criminals went to Caesar before being executed, fighting each other to the death as if they were gladiators. It was immortalized by the historian Suetonius in Lives of the Twelve Caesars, the work in which he compiled the biography of the emperors of the Flavian dynasty who ruled the Roman Empire, from Julius Caesar to Domitian.

The phrase has not been recorded in any other historical document of the time, so it has been questioned if it never came into existence as a usual greeting or if it was simply an isolated case expressed by one of the captives before César Claudio on 52 dc, which is when the passage is quoted in the book. But in any case, it has become a classic immortalized in several films and books set at that time. Angus Young saw it precisely in one of them at the beginning of the eighties and it seemed to him a good source of inspiration to make his particular adaptation to title the song that gives name to one of the most successful AC/DC albums: For Those About to Rock (We Salute You).

“Sometimes I go back [and think of] something I’ve read somewhere,” Angus Young explained to Zane Lowe in 2021. “There was a writer, Robert Graves I believe his name was. I think he had a book out or a story and it was, ‘For those about to die,’ and he went into a day in the Coliseum. And this is this thing the gladiators did, and I thought, ‘Hey, that might fit.’”

Graves the English poet and historical novelist, wrote I, Claudius, Claudius the God, King Jesus and an interpretation of The Twelve Caesars (the latter attributed the phrase, “Hail, Emperor, those who are about to die, salute you” to Claudius).

In this context, the release of For Those About to Rock (We Salute You) was a declaration of intent for the band, determined to face death with their music. This war component is also reflected in the cover they chose for the album, represented with the iconic image of a black cannon on an orange background. In the Spanish edition of the record, due to a record company error, the colors were inverted and the print run of records with orange cannons on a black background ended up becoming almost a collector’s item.

For a long time, For Those About to Rock (We Salute You) has been the usual closing track of AC/DC concerts. Just before the start of this last song, the aforementioned cannons from the album appear behind the musicians, which are fired throughout the song, adding a powerful effect to the staging.

From this moment, repeated in so many performances, the performances that the band made on June 28, 2010, in Bilbao will go down in history since it became the last song that Malcolm Young played live with the band. The guitarist, despite having always been in the shadow of his little brother Angus, is responsible for the composition of most of the riffs and lyrics of the group’s songs, but dementia that he had been suffering from for a long time forced him to withdraw from the stage. And the one at the old San Mamés stadium was the last one he set foot on. Malcolm Young died in November 2017, thus making For Those About to Rock (We Salute You) his farewell song.