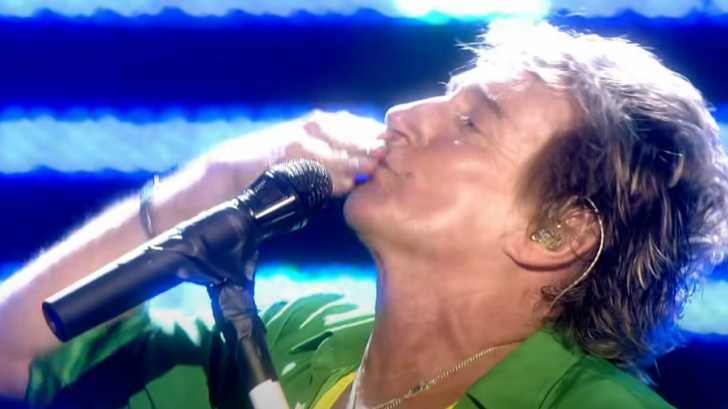 At the end of 1969 he released his first solo album, at a time when he still belonged to the band The Faces. That album was baptized as “And old raincoat will never let you down”, which, despite his first solo work, managed to please the public very much, the same one that encouraged him to record the second album titled “Gasoline Alley. “, An unprecedented success, especially thanks to the single” Maggie May “, which reached number one on the US and UK charts.

According to Rod Stewart, ‘Maggie May’ was inspired by a real incident. There is absolutely no one on this planet who does not like “Maggie May.” It’s one of those songs that you listen to with a silly smile painted on your face … and so on for the five minutes, it lasts. Captivating halftime, sung by a Stewart in full vocal capacity. And the first rock song to feature a mandolin solo that was a hit.

Who is Maggie May? A womanizer like Rod Stewart couldn’t resist telling his first time. It was in 1961, when Rod was 16 years old, at the Beaulieu jazz festival in Hampshire (UK). There Rod went with his colleagues, looking for beer, music, and girls. This is how he relates it in his autobiography: “That afternoon, we snuck into the festival through a large runoff pipe and eventually made our way to a beer tent,” Stewart said. “There, I met an older woman who was something of a sexual predator. One thing led to the next, and we ended up nearby on a secluded patch of lawn.”

Stewart thought that the consequences would be severe during the encounter. “I was a virgin, and all I could think is, ‘This is it, Rod Stewart, you’d better put on a good performance here or else your reputation will be ruined all over North London,’” he admitted. “But it was all over in a few seconds. Her name wasn’t Maggie May, but the experience I had with her would influence the writing of the song 10 years later.”