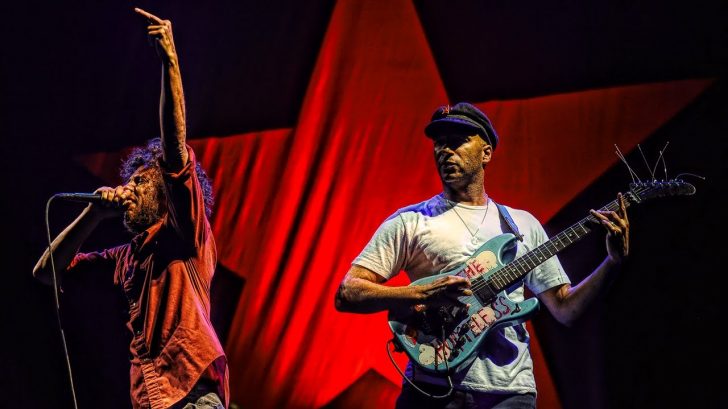 If you require any more evidence that Rage Against The Machine is recognized for its highly political music, simply take a second glance at the band’s name. Tom Morello on guitar, Tim Commerford on bass, Brad Wilk on drums, and Zack de la Rocha on vocals are all genuine rockers who have no difficulty speaking their opinions.

So let’s examine the significance of one of the group’s most played tracks, “Bulls On Parade,” in an effort to emulate RATM’s commitment to keeping things genuine (1996).

The song “Bulls On Parade” makes fun of American military expenditure. The band RATM bemoans, criticizes, and rages over what they see as an outrageous amount of funds being spent on bolstering the military.

The line “Bulls On Parade” appears in the track’s outro and is likely referring to the “bull market,” which occurs when the stock market experiences soared share prices, which typically results in a rise in purchases. Therefore, RATM implies that the administration is engaged in a purchasing binge by linking the American government to a bull market. The animal itself is still employed in Spanish bullfighting contests despite being known for its ferocious disposition.

Organizationally, Brendan O’Brien and the rest of RATM created “Bulls On Parade,” while de la Rocha composed the lyrics.

“We didn’t know it would be the first single when we started jamming on it,” Morello revealed in an interview, “but we realized quickly that it was a most potent piece of music. We recorded cassette demos as we wrote and jammed, and Brendan didn’t want to lose any energy as we worked. Our method of working was pretty much ‘jam, roll the cassette tape, then cut the real track.’ Not a lot of time for overthinking and over-tinkering.

“I came up with the wah-wah guitar part,” he continued. “I also came up with the music underneath the verses – I was listening to a lot of Geto Boys back then, so I wanted something dark and sinister…. And Brad [Wilk] worked up that awesome, artillery marching beat. Hands were definitely on deck.”

De la Rocha was apparently still composing the verses when the group cut the main track, according to Morello, who also gave partial credit for the guitar sections. But in the end, Morello called “Bulls On Parade” “a real banger” that sounds “like the world is exploding.”