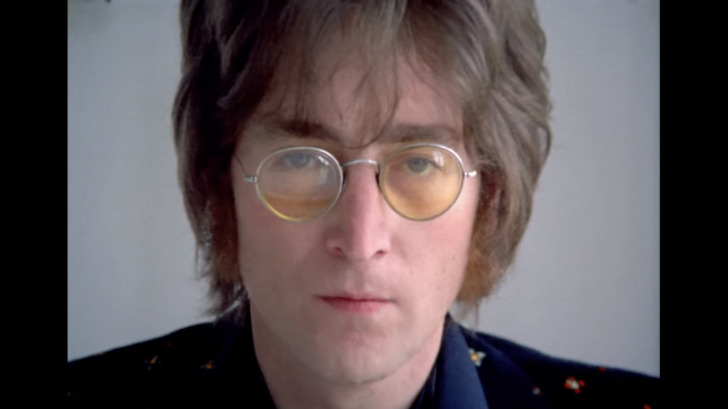 “God” (God) is a song by John Lennon included on his first solo album: John Lennon/Plastic Ono Band, a work that appeared in December 1970, the same year that the Beatles officially broke up. When the famous English music group broke up, many fans blamed Japanese artist Yoko Ono for the event. However, over time, it seems clear that the decision to separate had been made for months, and that Yoko Ono was the only one who gave Lennon enough strength to make the decision, after Paul McCartney, in April 1970, unexpectedly announced the end of the Beatles on the back cover of his first solo album, McCartney, something that John never forgave him.

The months from April to December 1970 must have been very difficult for Lennon. Two years had not yet passed since the revolutionary events of the French May and the Californian revolts; the musical group in which he had become a myth was broken; friendship with Paul, George, and Ringo was deteriorating; his professional career was in parentheses; he was composing the songs for what would be his first and risky solo album, and his relationship with Yoko Ono had put him in jeopardy with respect to fans and friends.

In this context, he wrote “God”, a controversial song that raised blisters in its day for being considered a blasphemous subject, in which Jesus, Hitler, Elvis, and The Beatles are put on the same level, and in which an apology is made of religious disbelief.

It is true that the song speaks of God related to pain; it is true that a wounded Lennon and in low hours sings that he does not believe in anything or anyone, only in himself and in his love for Yoko. “God” is, in this sense, a radical love song. A love song that shouts to believe only in love, in nothing else. A song in which Lennon shouts in a whisper that there are no more dreams, that he no longer believes in dreams, that is to say, that he no longer believes in revolutions or in the ideas of his time.

Finally, John Lennon was attempting to convey a strong message to the globe as well as a subtle concept for the moment. The singer was hoping to demonstrate to listeners that so much of what we believe in is utilized to deal with the misery and burden that life delivers. But, in his perspective, it’s a delusion that prevents us from seeing reality for what it really is. He argues that the only person you can rely on is oneself, and that you must do your utmost for that.