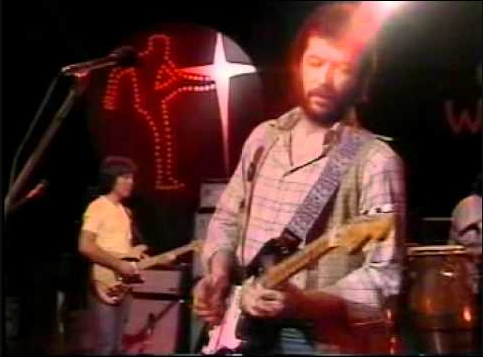 As one of the most exceptionally talented lead guitarists of all time and an unquestionably important rung on the rock ‘n’ roll ladder, Eric Clapton has left a trail of iconic tunes and killer riffs in his wake. He seldom avoids expressing his opinions and has never held back from acting on his intuition. Naturally, this has occasionally gotten the artist into serious hot water over the years.

This independent-minded personality may help to explain how, in the space of just six years, he managed to work his way through The Yardbirds, John Mayall and the Bluesbreakers, Cream, Blind Faith, and Derek and the Dominos before settling into the relative security of a solo career.

By the middle of the 1960s, the Yardbirds were experimenting with a brand-new pop music sound, and according to David Bowling’s book Eric Clapton FAQ: All That’s Left To Know About Slowhand, Clapton disliked it. He also referred to the hit single “For Your Love” as a crucial nail in the coffin. It was a significant change from Clapton’s blues-heavy aesthetic.

Early February 1965 saw the recording of “For Your Love,” and by the time it was released on March 5th, Clapton had exited the band. Later that year, during an interview with Rave Magazine, Clapton discussed his split from the Yardbirds and admitted to having regrets—mostly financial ones.

“I don’t want to knock the Yardbirds because it would only seem like sour grapes,” Clapton levelled. “They are the best of the pop and R&B groups, and they can be terrifically good. I actually miss lots of things about them and the old life. Even though we had downs more than ups, I did spend all that time with them, and sometimes I think about what they’ll be doing. I wonder how the new boy [Jeff Beck] is getting on, wonder if things are still the same. I think about Keith’s [Relf] asthma. I especially miss the nights at the Marquee, they were good.”

The next question was, “Eric, are you now a lonely person? ”

“Yes, as a matter of fact, I am,” the guitarist responded reluctantly.. “But not so lonely as when I was with the Yardbirds. Then it was a question of being alone within a crowd, and that is the worst form of loneliness. I lived as part of the Yardbirds until I was completely out of touch with it. I couldn’t speak and be understood, and they couldn’t speak to me either.”

His last song with the group, “For Your Love,” became also the subject of conversation for Clapton.

“The song was such a big hit that I wished I’d stayed on a bit longer; the money would have come in pretty useful. It wouldn’t be honest to pretend I didn’t think about it after. But things had got to such a state between us that I couldn’t have faced it. I think many pop bands are pushed too hard; they can’t help but lose some feeling, and tension amongst them can easily build up. Working every night, you become a machine, you play to order. You have to get your bit right, so you don’t get yelled at by the management. You lose your regard for your fellow artists in the group, then the tension really mounts.”

Clapton added, revealing Rave Magazine that he and his bandmates finally became estranged due to the stress of the job. Frontman Relf concurred with this narrative but noted the change in fashion as an aggravating element. When addressing Rave, he said:

“Eric is a true blues man. He likes very way out, deep music. We are playing more understandable R&B. Overwork, and a mixture of temperaments caused the trouble, but we parted quite good friends.”

Clapton joined John Mayall and the Bluesbreakers after quitting the Yardbirds.

“Playing to me has always been an outlet,” in a later exchange with Rave, he added. “With John Mayall, I can play how I like. I’m a very passive person, but I can make chords on a guitar sound vicious and violent. When I do, it’s all the bad things I’ve ever seen coming out. Sometimes I don’t play for days, but when I pick up the guitar, a stream of feelings pour through it.

“I’ve got very disillusioned since I entered the commercial side of show business. A lot of cattiness and cruelty goes on. I kick hard at that. Someone has to start saying what they think; if they don’t it’s a negative way of behaving. You should give and not take all the time. Real musicians give because they want to see music improved.

“If I hadn’t left the Yardbirds, I wouldn’t have been able to play real blues much longer because I was destroying myself,” Clapton said, touching on his mental decline at the time as another factor in the spit. “One night, I was so concerned that I felt I was going mad, so I rang up my best friend, but there was something wrong with his phone, and he couldn’t hear me. I thought I had gone out of my mind and that my only friend was against me.

“I suppose it shows how insecure I felt, but I don’t want you to think that my years with the boys were all bad; they were not. We had some exciting and happy times. I don’t expect I’ll be a great success; I’m not that sort of a bloke. I never expect good things to happen to me. When I came here, I expected the train would be late, and I’d miss the interview or that you wouldn’t like me when I did get here. But if I don’t make it big as a musician and I end up very poor, it won’t really mean I’ve failed, not within myself. You have to do what you think is right, and for me to face myself, I have to play what I believe is pure and sincere and uncorrupted music. That’s the reason why I had to leave the Yardbirds.”

With a number of convergent factors, it would seem that Clapton’s decision to leave the Yardbirds in 1965 was an easy one. Jealousy within the group is a different explanation that hasn’t received as much attention.

Clapton acknowledged some tension in his conversation with Rave, but in a more recent interview, the drummer Jim McCarty seemed to suggest that Relf and Clapton were engaged in an ego conflict.

“Our band was like the typical band at the time that was based around the lead singer,” McCarty said. “The lead singer was the frontman, so all the attention would go towards Keith. Then after a while, after [Eric] played in the band for a while, we noticed that there were a crowd building up on his side of the stage. And lots of girls and men as well, you know, that were very interested in what he was doing. So he was doing something or other, but I don’t know exactly what [laughs].”

“He got the nickname ‘Slow Hand’ Clapton actually from Hamish Grimes,” McCarty added, exploring Clapton’s nickname history. “We were playing frenetically; he’d really be bashing into his strings, and he’d break a string, and, of course, he’d take a while to change the string. And this was the joke, ‘Slow Hand’ Clapton.”